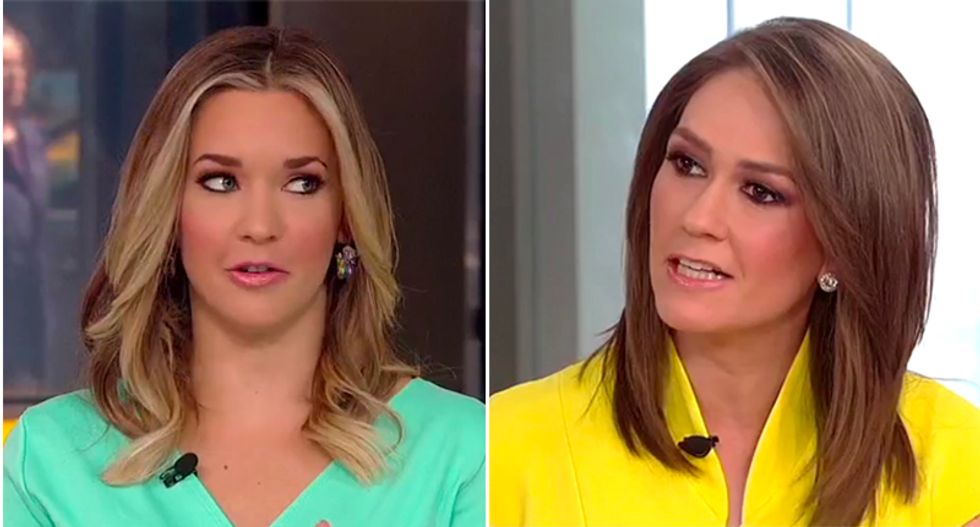 During a panel discussion on the questions special counsel Robert Mueller reportedly wants to ask President Donald Trump, one of the female commentators on Fox News' Outnumbered threw cold water on the direction the conversation was going when her colleagues said there was no evidence of collusion and the investigation should be shut down.

The press has been all abuzz about the list of questions Trump might face that were leaked to the New York Times, which led Outnumbered regular Katie Pavlich to question whether they were even real.

"You now see how this probe has gone from collusion allegedly, to obstruction of justice and there are questions about what other kinds of rabbit holes they are going to go down," she added. "The source is interesting."

"Even to that point, Comey's own memos sort of blow a hole in the obstruction of justice case. They clearly point out that President Trump wanted to investigate potential ties, wanted to get to the bottom of it," panelist Lisa Boothe offered before adding that the motives of former FBI director James Comey and Assistant Attorney General Rod Rosenstein undercut the investigation.

Asked to respond, Fox News contributor Jessica Tarlov reminded everyone that the investigation has resulted in plea deals from Trump insiders George Papadopoulos and Michael Flynn.

"I disagree with you, Lisa, there are so many things," Tarlov replied. "First of all, we are leaving out the role of George Papadopoulos in all of this, and this did take off in the summer of 2016.  As for who leaked it, I was listening to an analyst who used to work with Bob Mueller who said the way that the questions were written and were copies from someone who listening in on the conversation."

"You're acting as if the questions have nothing to do with the probe," Tarlov shot back.

"The probe is about three things: collusion, financial crimes and obstruction of justice. And two of these are covered in these questions" she added over the suddenly silent panel