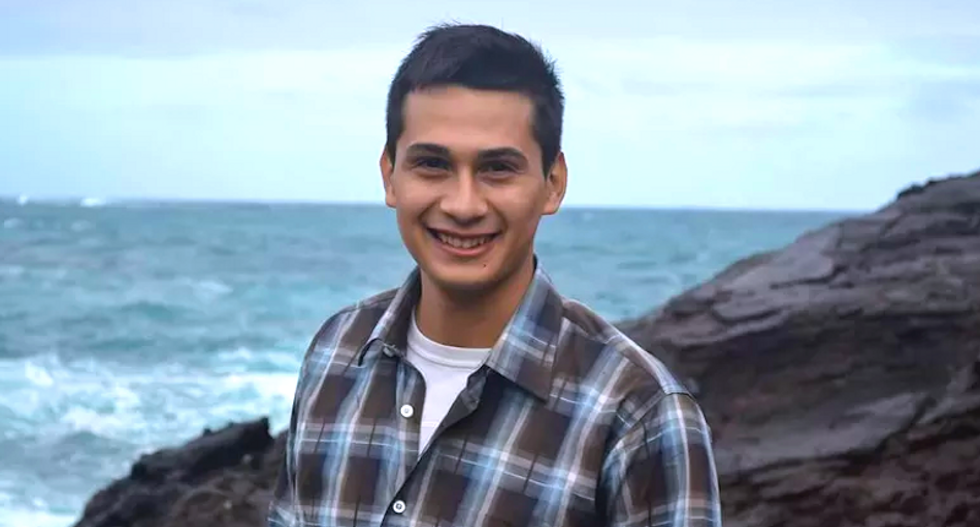 A gay Colorado man was beaten into a coma last week while traveling in California -- and his family is desperate for answers.

Aaron Salazar suffered damage to his brain stem, a broken pelvis and severe burns to his inner thighs in the attack, which his family believes was a hate crime, reported Reno Gazette-Journal.

The 22-year-old Portland State University student was partway through a 31-hour train ride May 15 from Denver back to Oregon when he stopped in Truckee, where he texted his great-grandmother to say he's made a new friend and was headed to Sacramento to wait through a 10-hour layover.

He never made it.

A train station worker found Salazar lying battered near the tracks, but Amtrak police say there is no evidence to "suggest criminal intent."

Salazar's family said police won't provide them with updates on the investigation, because it's still ongoing, but they want local police to assist the company to determine what happened.

"I firsthand saw his injuries," his cousin, Sonia Trujillo, told KTXL-TV. "There's no way that he was pushed off a train or jumped off a train because these are all upper-body injuries."

Trujillo said the devastating injuries to Salazar's groin injury suggests he was beaten in a hate crime attack.

"The burns on his leg were horrifying, it did not look like him at all," Trujillo said. "I believe it was something deeper because the burn marks. Why burn somebody? If you're going to hurt somebody, hurt them. But why are you going to burn somebody?"

Doctors have told the family that Salazar's injuries are consistent with a beating, but Trujillo told the newspaper they won’t put it in writing because the investigation remains underway.

"There's no scrapes, there's no road rash -- none of that, all of his injuries are upper body," Trujillo told KTVN-TV.

Truckee police told the Gazette-Journal that Amtrak police have jurisdiction when a crime takes place on a train, but Salazar's family said the railway has a conflict of interest in investigating the case.