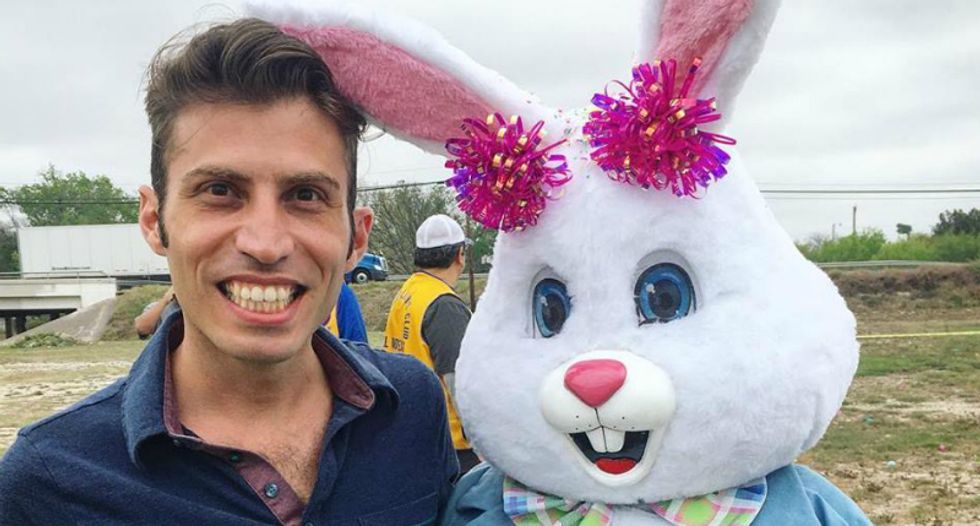 A small town near Texas' border with Mexico just elected Bruno "Ralphy" Lozano, a gay veteran who once wore heels to a Veteran's Day parade, as its next mayor.

San Antonio's Out in SA reported that Lozano won against Republican incumbent Robert Garza with more than 60 percent of the the vote after successful campaign messaging about bringing tourism back to the border town swayed voters.

Despite being an out gay man, the mayor-elect reportedly didn't face much backlash in Del Rio. The sole incident Out in SA reported was after Lozano wore heels to the 2017 Veteran's Day parade, in which someone who didn't support the environmentalist activist's work called him a "f*ggot with AIDS."

According to Lozano, that criticism was nothing compared to what he faced when serving in the Air Force prior to the repeal of "Don't Ask, Don't Tell."

"I am not ashamed of who I am," Lozano told the LGBT website IntoMore. "Stonewall happened because drag queens and a minority group stood up to animosity, and I had to go back in the closet [while in the Air Force] because of that same hatred."

"I know what that was like, and it translates to today’s campaign," he continued. "I’m not going to bow down. I am who I am. Accept me or not."