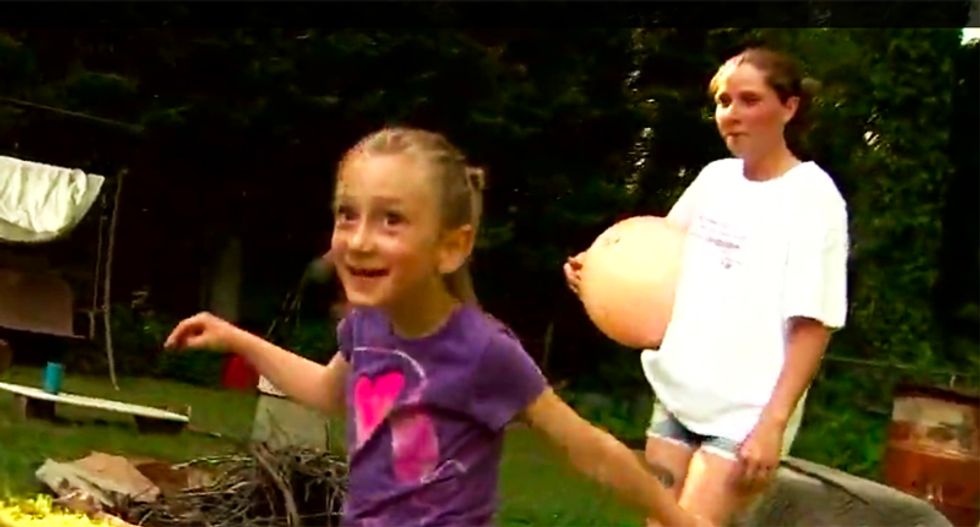 A Georgia teacher has been relieved of her duties and been suspended after school authorities were informed she reportedly grabbed a 7-year-old student with cerebral palsy around the neck and pulled her hair because she was making too much noise in a school hallway.

According to the Atlanta Journal-Constitution, Michelle Collins claims she learned that a teacher at Chapel Hill Elementary School roughed up her daughter, Desiree, after a case worker with the state’s Division of Family and Children Services spoke with the girl during a routine check-up.

The report notes that Desiree, who has the mental ability of a 3-year-old due to her cerebral palsy, indicated to the worker that she had been handled roughly as she was being pulled through the hallway while sitting in a wagon and, reportedly, began screaming in excitement.

“She told me a teacher put her hands on my child and I’m like, ‘What is going on?’” Collins said. "She put her hands on Desiree's jaw, throat area, and then snatched her back by her hair two times."

According to the mother, she has been informed that the school has video -- which led them to suspend the unidentified employee while the incident is being investigated.

The school district has since issued a statement, saying, "The (Douglas County school system) reported the alleged incident promptly to the appropriate authorities. The employee in question is on administrative leave pending the outcome of the investigation.”