'It gets better': Presidential historian acknowledges America has been in a bad place but gives a reason for hope 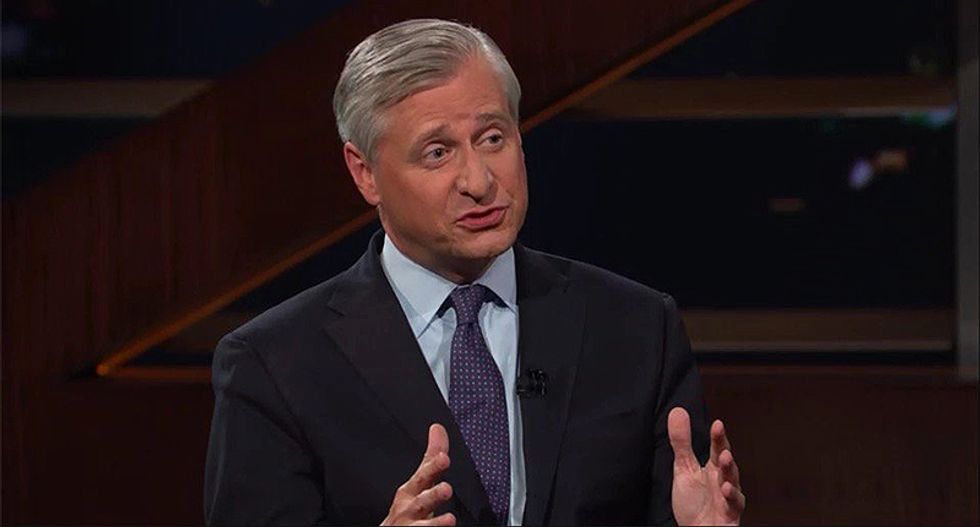 In a Friday appearance on HBO's "Real Time with Bill Maher," historian Jon Meacham promised that America still does have a soul, despite recent events.

He explained, however, that the complicated nature of a constitutional republic like the United States is that the "soul," or the "breath" of a nation, is both the goodness of those who fight to preserve, protect and defend it. But it also includes those like the klan who want to disparage many of its residents. He argued that the country must have room for both and history is hung on a timeline on which movement wins out.

Maher argued that the difference is that the Klan has never been this close to the White House. Meacham took the comment literally and explained that at one point the klan marched 50,000 strong down Pennsylvania Avenue without their masks on. Maher argued that the president wasn't sympathetic the way leaders were in the 1800s.

The historian recalled in 1919 and 1920 President Woodrow Wilson re-segregated the U.S government and went after newspapers that attacked him for doing it, instructing his attorney general to conduct raids on over 400 newsrooms.

He went on to tell a story about a governor of Georgia, who was also a Klan member, who argued that a steel wall needed to be erected on the American border to keep out immigrants.

If the 1920s are too far to go back to look at the "economic anxiety," Meacham said that the 1950s Sen. Joseph McCarthy was able to use the Hearst newspaper empire to promote his right wing ideology.

Despite all of that, Meacham is optimistic. He noted that it hasn't even yet been 100 years that women had the right to vote. Americans haven't yet celebrated the first decade since marriage equality was legalized.

"American history, by fits and starts, has tended to get better," he said. "Why has it gotten better? Not just because of presidents. Not because of the Congress. But because of protests and resistance and people saying the country we want is not a country that closes its fists -- it's a country that opens its arms."