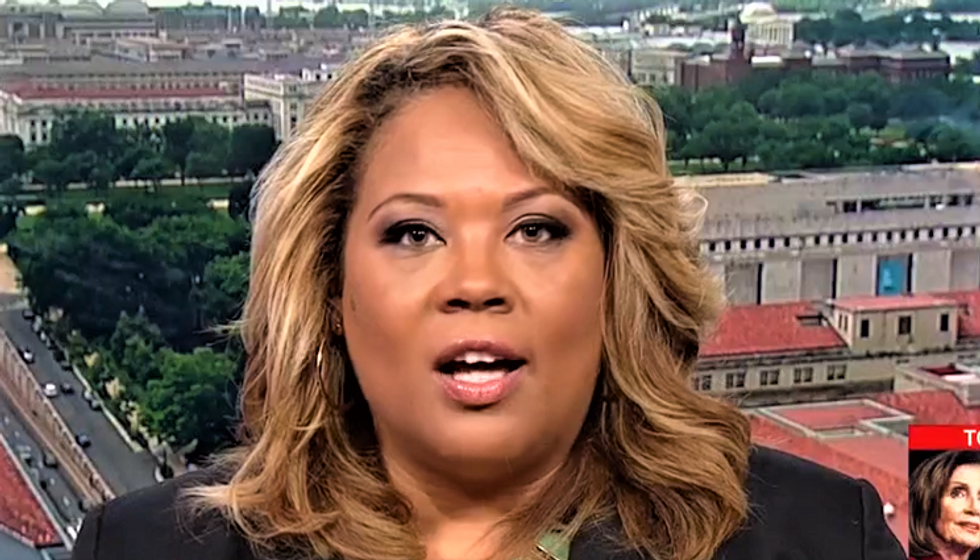 Republican strategist Tara Setmayer on Wednesday sounded the alarm about her own party's cult-like deference to President Donald Trump, which she said was creating a frightening scenario for American democracy.

Speaking with CNN hosts John Berman and Poppy Harlow, Setmayer said that she has watching with growing despair as Trump has solidified his hold on her party.

"Those of us who have been paying attention to this from the very beginning have warned that this is what Trump was doing," she said. "Unfortunately, you had a large electorate that was willing to hear what they wanted to hear, and Donald Trump honed in on that and knew it, and he's honed in on that. This form of propaganda that he employs, by attacking the media this way and by having no facts, it's very Orwellian."

Setmayer said that by creating his own set of "alternative facts" out of thin air, Trump has been able to exert total mental control over his followers, who will now believe everything he says.

"People will only believe what they want to hear," she said. "It's this really scary tribalism that's gone on that's been exacerbated in ways that I don't think we've seen in a very long time in this country."

Setmayer also offered no words of comfort for anyone who is hopeful that this sort of assault on the truth will one day finish.