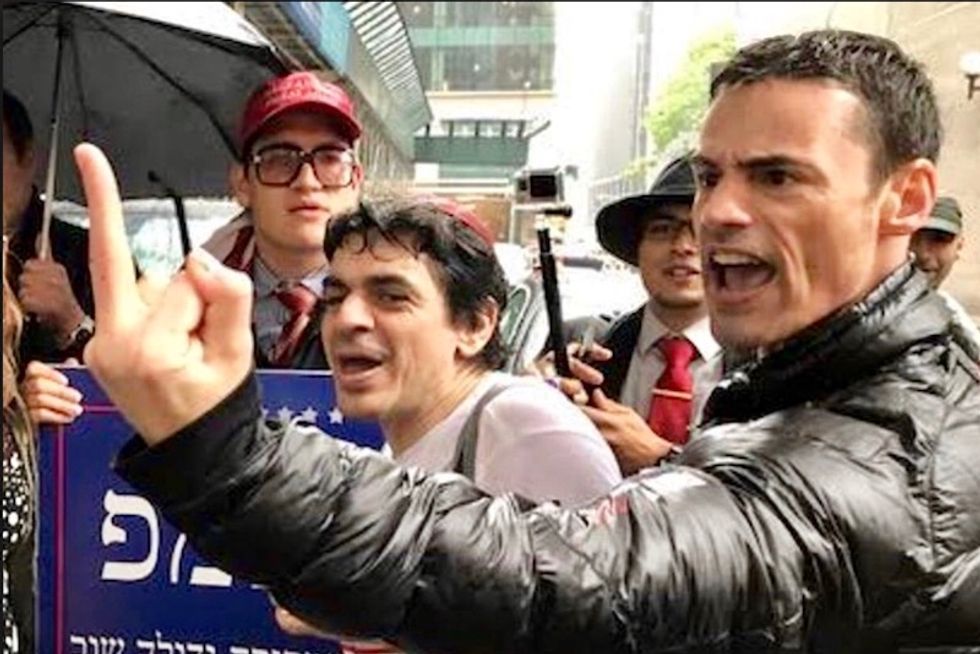 On Tuesday, New York lawyer Aaron Schlossberg issued an apology for screaming at restaurant cashiers and threatening to call ICE because they spoke Spanish.

In his statement, Schlossberg insisted that he's not racist and even sung the praises of the rich ethnic tapestry that is New York. "One of the reasons I moved to New York is precisely because of the remarkable diversity offered in this wonderful city," he wrote in a statement published on his firm's Twitter account.

Going forward, Schlossberg might want to consider a few things about the vulnerable status of undocumented immigrants in the state and city.

"A sanctuary designation doesn't mean much," Cornell University Law School professor Stephen Yale-Loehr tells Raw Story. "It doesn't prevent ICE officials from entering that city or state. They're not prohibited from going to jail and looking at records."

But rhetoric can't stop ICE, which is a federal agency, from conducting its operations in the state. There are 500,000 undocumented residents in New York.

"Cuomo and de Blasio are saying the right things," Yale-Loehr says. "But there's not a lot they can do to prevent ICE officials from taking people in. All they can do is  bar state police officers from cooperating with them."

What undocumented people in New York need is lawyers to defend them in immigration proceedings. Immigration law is extremely complicated and often requires fluency in a second language, so it's not the easiest field.

In addition to  their heartfelt apologies, if Schlossberg and his law firm want to protect New York's rich cultural heritage, they could  consider lending legal expertise or donating to immigrant legal aid and advocacy groups in New York and nationwide.