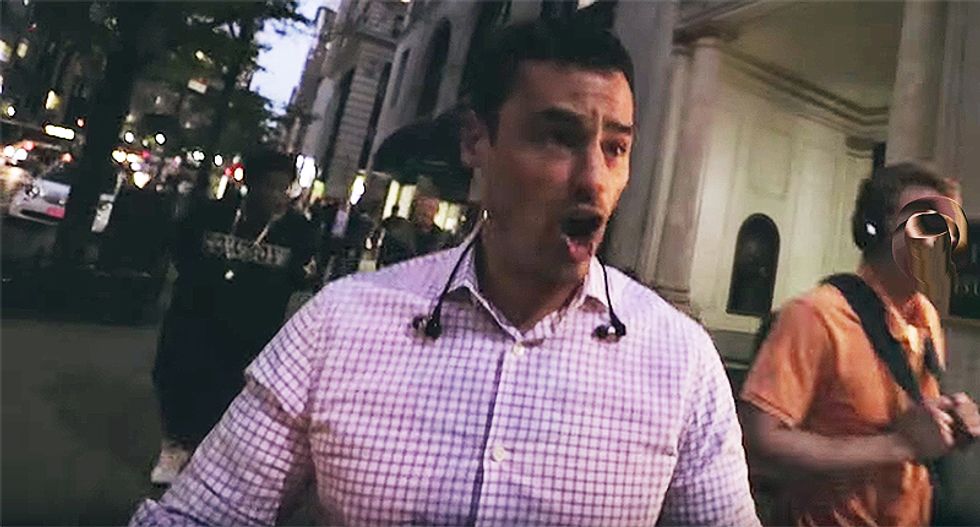 Aaron Schlossberg, the attorney who infamously got caught on camera going on a racist rant against Spanish-speaking workers in a New York coffee shop, has issued a formal apology for his behavior.

In a statement posted on his law firm's Twitter account, Schlossberg wrote that he was sorry for insulting the workers, whom he'd threatened to report to Immigration and Customs Enforcement simply for speaking Spanish to one another.

"Seeing myself online opened my eyes," he said. "The manner in which I expressed myself is unacceptable and is not the person I am."

Despite being caught in a racist tirade against the workers -- as well as other past racist tirades, as well as a death threat made toward a police officer -- Schlossberg insisted that he wasn't a racist.

Many of Schlossberg's Twitter followers, however, were not convinced by his apology. Check out some reactions below.