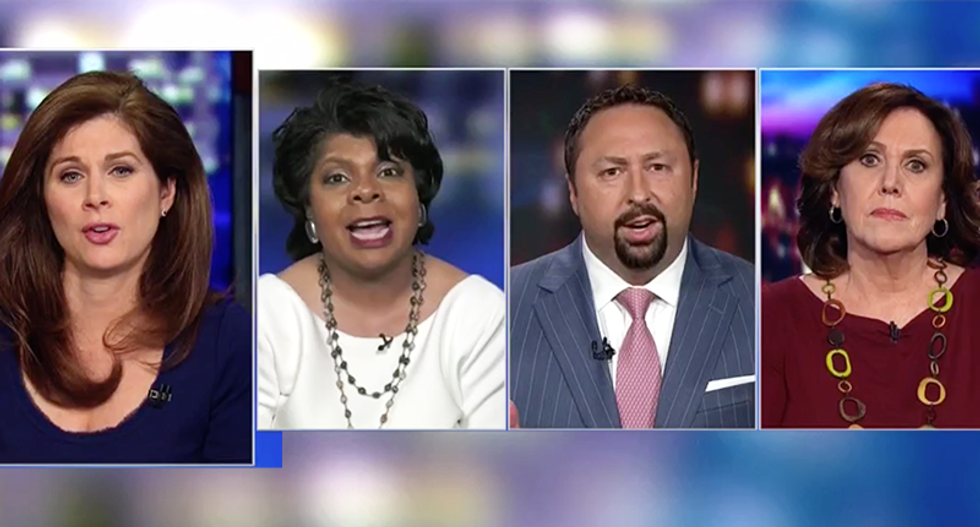 CNN contributors April Ryan and Joan Walsh on Thursday shut down Donald Trump defender Jason Miller for looming the “job of the White House press secretary” does not include answering questions about the president’s payment to longtime attorney Michael Cohen.

The panel was discussing Sarah Huckabee Sanders’ press briefing, during which the White House press secretary insisted her repeated denials of Trump’s part in the Daniels payout were made with “the best information [she had] at the time.”

"I sold you the best thing I had at the time. I'm sorry you got sick," Walsh said.

Sanders became agitated during Thursday’s press briefing when pressed on the payout by Ryan. Ryan said Sanders took it personally and criticized her use of “street” talk when she said “something like, ‘you don't know me.’”

“No, it is true,” Miller said. “Sarah does a fantastic job putting forth information.”

“No, it's not true, I've been there 21 years and I remember impeachment with Bill Clinton—“ Ryan said as Miller interjected, wondering why she was “making it personal?”

“Spin it the way you want to spin,” Ryan shot back.

From there, the conversation quickly derailed. Watch below, via CNN: