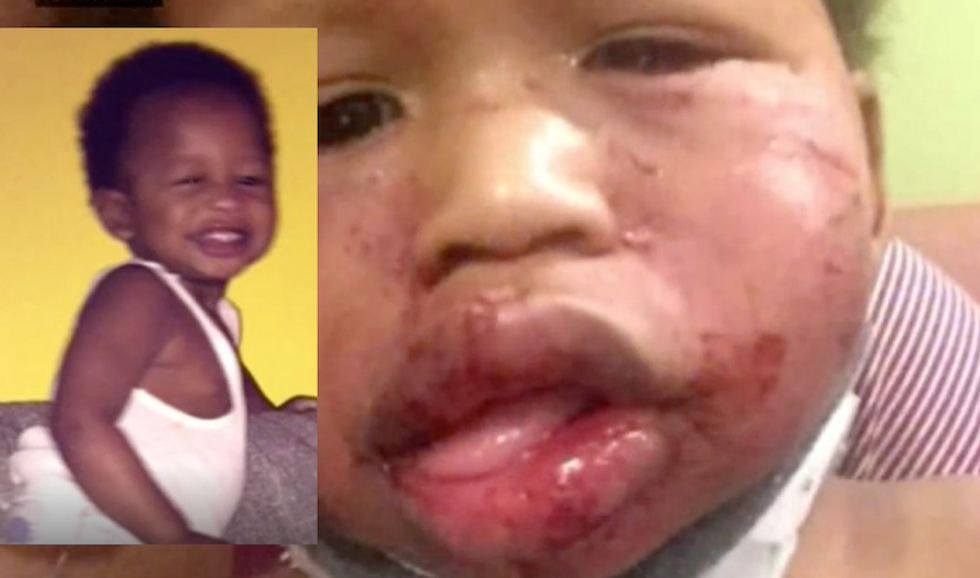 Jesse Griffin before and after being beaten at daycare/Screenshots

An Indiana family is looking for answers after their 1-year-old son came home from daycare bruised and bloody, reports the Associated Press.

The boy, Jesse Griffin, was dropped off by his mother, Tiffany Griffin, on Monday morning. She got a call a few hours later telling her to come get her son. She found the boy scratched and bloody, and became so angry that she punched a day care worker. She then took her son to the hospital.

The day care owner said that a 2-year-old girl was the apparent assailant, and that a worker found her with blood on her hands.

Tiffany Griffin is not so sure. "How will a 2yr old manage to do this much damage alone?" she posted on Facebook.

Tiffany Griffin told the AP that the girl accused of the beating "was small and she didn't look like she was the violent type."

The girl's mother was shown the photo and "started crying and said her baby wouldn't do anything like that."

The daycare owner said she has gotten "harassing phone calls" and was closed Tuesday. She told the AP she wasn't sure when it will reopen.