Internet gasps in horror at Donald Trump-Kim Kardashian photo: 'This is an extreme dystopia' 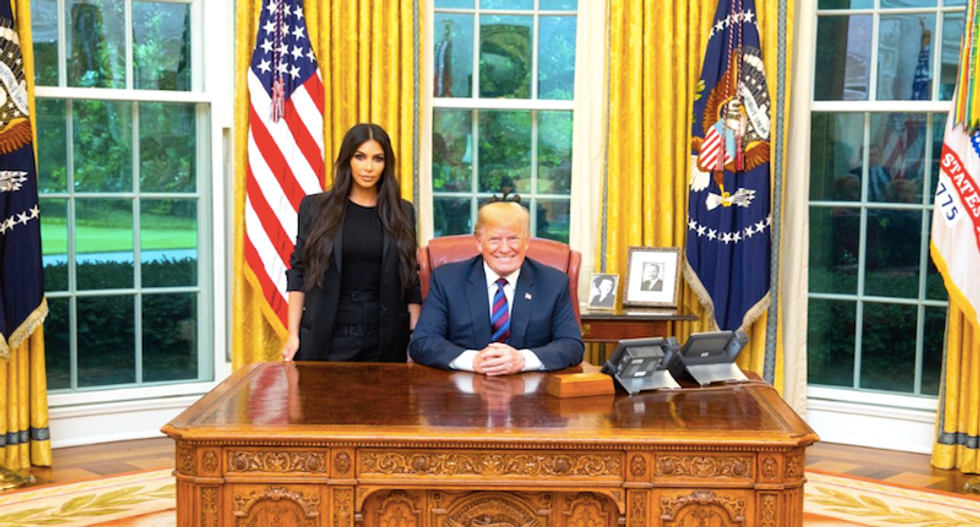 The president tweeted a photo of himself and Kardashian, who he's insulted for years from his prolific social media account, after the meeting to discuss prison and sentencing.

Kardashian met with Trump and Jared Kushner to lobby the president to grant clemency to Alice Marie Johnson, a 63-year-old grandmother currently serving life without parole for a nonviolent drug crime, her first offense.

This should be a photo taken at the opening of a White House theme restaurant in Miami https://t.co/bJSKLHtJhG
— Jess Dweck (@Jess Dweck) 1527723671.0

no I don’t know where the old melania went who is old melania this is the only melania please I said no questions p… https://t.co/8ePu8JVxqh
— kilgore trout (@kilgore trout) 1527722424.0