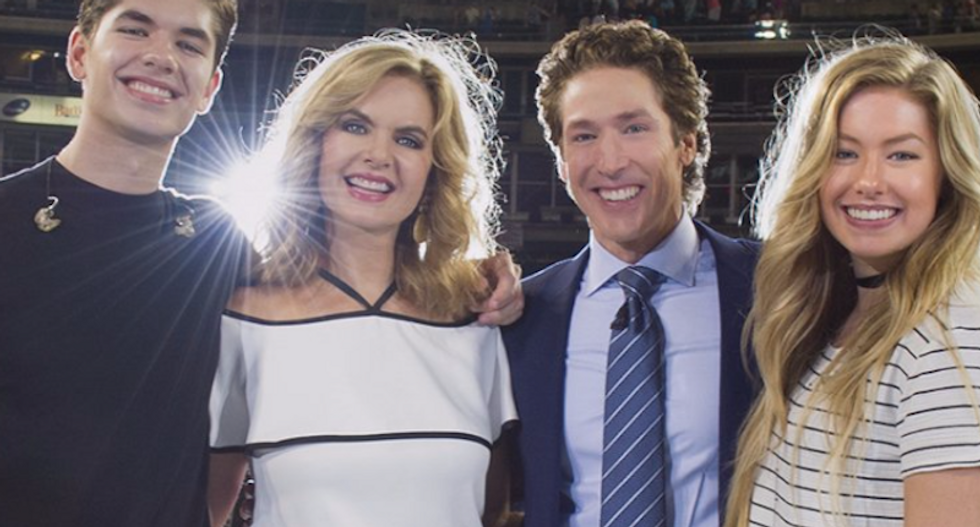 Instead, the article notes, he shills a vague, sunny optimism that's irresistible to Americans grappling with everything from illness and divorce to problems at work.

A sampling of Osteen's preaching, broadcast from the stage of Houston's Lakewood Church, the biggest church in the country: "God is arranging things in your favor. You have a backbone made of steel. All you have to do is believe."

Osteen's media empire includes a television show—watched by 10 million Americans—websites, podcasts, self-help books, CDs, DVDs, a 24-hour Sirius XM station. He has 8.58 million Twitter followers and this morning he advised them that, "We all face challenges, but we don’t have to get discouraged, God controls the universe. He won’t allow anything to happen unless He has a way to bring good out of it."

"There's always the question of how much money is too much for a pastor to earn," Carl Trueman, a pastor and professor of church history at the Westminster Theological Seminary in Pennsylvania, told the paper. "When you're looking at his lavish private lifestyle, I'd say that's too much."

Others pointed out that Osteen's message wrongly sells an unwarranted optimism that might be dangerous for his audience.  "All you get is an empty box of hope for a better life someday," another critic noted.

Osteen is not concerned.

"I've outlasted the critics and figured out what I feel like I'm supposed to do," he said in one of two lengthy interviews with the Houston Chronicle. "If you have a message to get out, there has never been a better day."

The  reporter, who attended one of Osteen's sermons, observed that "From the first word to the last, he never stops smiling."