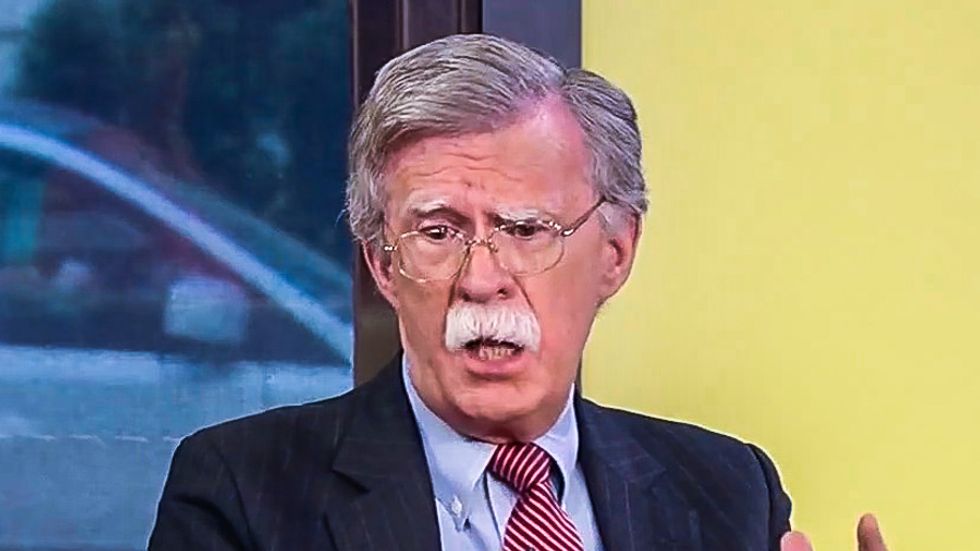 Donald Trump's third national security adviser John Bolton has a group of associates outside the White House some call the "shadow" National Security Council for their influential role in shaping the adviser's operations within the administration.

The New York Times reported Monday that Bolton's "shadow NSC" includes Charles M. Kupperman, a former official in the Ronald Reagan administration that currently holds a temporary leadership position on the council. Three other Bolton associates — Frederick H. Fleitz, Sarah Tinsley and David Wurmser — are also in consideration for jobs on the NSC as well.

After being hired in March to replace H.R. McMaster, Bolton, the Times noted, "engaged in his own speeded-up transition process" with the help of his outside advisers. They work out of downtown D.C. offices associated with the adviser's various conservative political organizations, and help provide advice on the NSC's operations as well as assisting in vetting "prospective new hires for views that would be compatible with his own."

Bolton's use of temporary and informal advisers "has raised concerns among government watchdog organizations and N.S.C. veterans and scholars, who say it raises questions of conflicts of interest, and creates an echo chamber of identical views with little room for dissent at the agency charged with coordinating policy throughout the government’s military, foreign policy and intelligence communities and synthesizing the best advice for the president."

One such associate is Matthew C. Freedman, a conservative operative Bolton met in the 1980's considered to be the most influential of all the "shadow NSC" members.

"After his early foray in government," the Times reported, "Mr. Freedman went on to become a foreign lobbyist working with Paul Manafort in the 1980s and 1990s for sometimes unsavory but well-paying foreign leaders, including Ferdinand Marcos, the Philippine strongman."

Freedman also worked on the Trump transition team, but was kicked off after he used an email address from one of his lobbying jobs to conduct government business. He interviewed potential NSC hires from one of Bolton's DC offices, and has reportedly been a driving factor behind massive firings at the NSC since Bolton took over as national security adviser — an allegation Freedman denies.