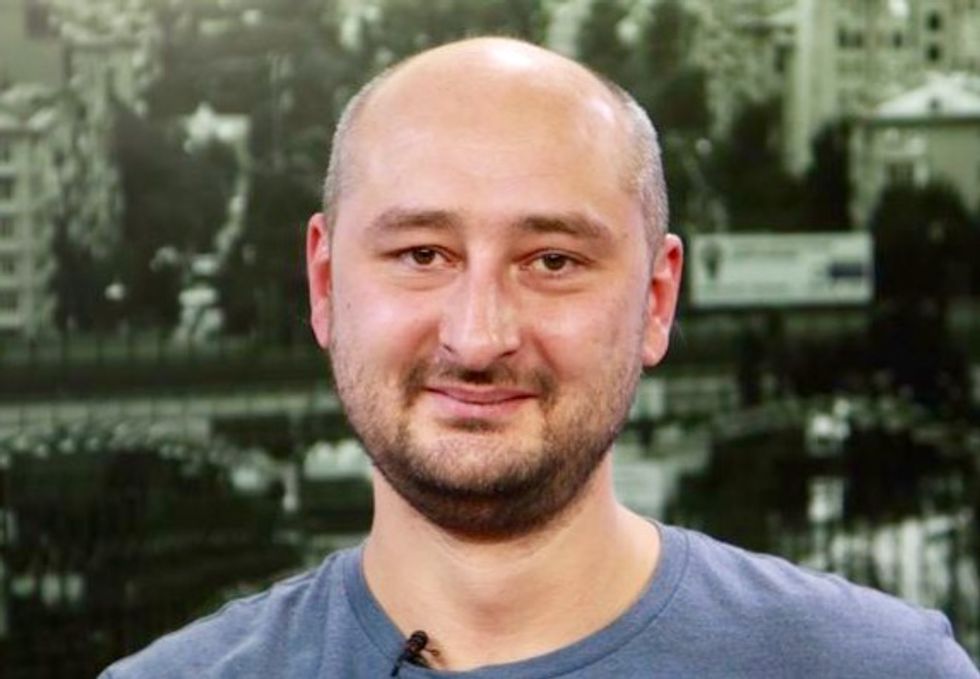 Arkady Babchenko, the dissident Russian journalist who faked his own death in Ukraine’s capital, said on Thursday he had to undertake the ruse because he feared he would share the fate of poisoned former Russian spy Sergei Skripal.

Ukrainian officials reported on Tuesday night that Babchenko, a critic of the Kremlin, had been gunned down in his apartment building in Kiev. Lurid pictures of him lying in a pool of blood were published, and officials suggested Russia was behind the assassination.

A day later, Babchenko appeared in public alive, and Ukrainian security officials said they had faked his death to thwart and expose what they said was a plot to assassinate him.

Babchenko, under fire from some quarters over the deception, hit back in a news conference in Kiev on Thursday, saying that he went along with the ruse organized by Ukrainian security officials because he feared for his life.

“Everyone who says this undermines trusts in journalists: what would you do in my place, if they came to you and said there is a hit out on you?” Babchenko said.

He said that when Ukrainian law enforcement approached him with information about a plot to kill him, “my first reaction was: ‘To hell with you, I want to pack a bag and disappear to the North Pole.’”

“But then I realized, where do you hide? Skripal also tried to hide.”

British authorities say that Skripal, a former Russian double agent, was poisoned with a military-grade nerve agent in the British provincial city where he lived after leaving Russia in a spy swap.

Britain says Russia is culpable for the poisoning, an allegation Moscow denies.

Babchenko disclosed for the first time details of how the deception involving his fake death had been carried out.

On the night selected for the event, he said a make-up artist had come to his apartment to give him the appearance of a shooting victim, that he was given a T-shirt with bullet holes in it to wear, and that pig’s blood was poured over him.

He said he played dead while medical teams — who were in on the ruse — transported him to hospital in an ambulance and then certified him as dead and sent him to a morgue.

“Once the gates of the morgue closed behind me, I was resurrected,” Babchenko said. He said he then washed off the fake blood and dressed himself in a sheet.

“Then I watched the news and saw what a great guy I had been,” he said, referring to tributes that were paid to him in the media after his death was widely reported.

Asked about his next steps now, he said: “I plan to get some decent sleep, maybe get drunk, and then wake up in two or three days.”

Some diplomats and commentators said the operation to fake Babchenko’s death had hurt Kiev’s credibility and handed the Kremlin a propaganda gift.

“Relieved that Arkadiy #Babchenko is alive!” the office of the OSCE’s media representative Harlem Desir tweeted. “(But) I deplore the decision to spread false information on the life of a journalist. It is the duty of the state to provide correct information to the public.”

A senior EU diplomat in Kiev said Ukraine’s actions were understandable, but hoped the authorities would provide more information about what had happened.

“No one is angry, unlike some in other places, but we hope UA (Ukraine) understands that international good will is a finite resource - even if they are right and it’s a war against a superior enemy,” the diplomat wrote to Reuters in a message.