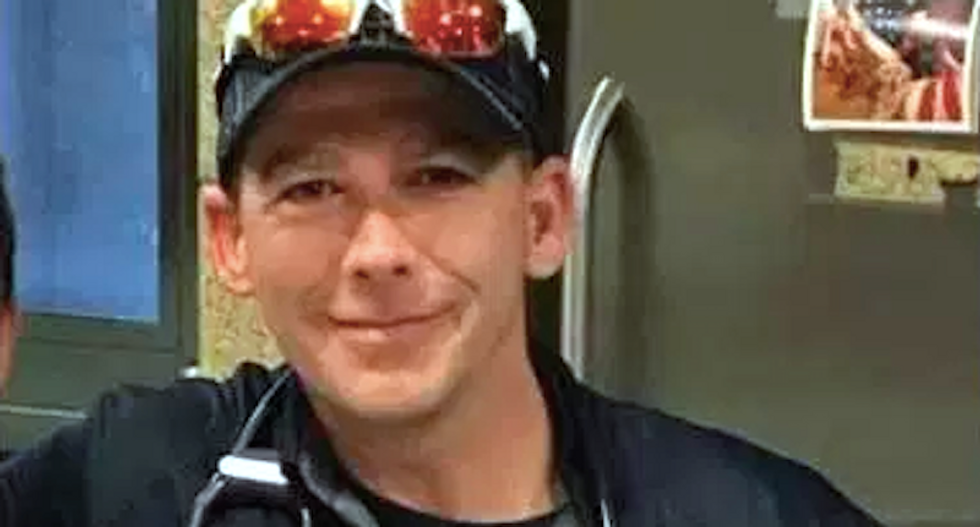 A Kansas City firefighter was acquitted on all charges after allegedly calling a black child a racial slur and spitting on the boy at a restaurant.

Terrence "Jeremy" Skeen was found not guilty on battery, disorderly conduct and assault in Overland Park Municipal Court after a judge agreed that witness testimony was inconsistent with video evidence, reported KCTV-TV.

The 42-year-old Skeen was accused of calling the 3-year-old the N-word and spitting on him after he repeatedly wandered away from his family's table Feb. 26 at Hooters.

The child's grandfather said he went to get the boy when another patron told him Skeen had spit on the boy, but that witness was never located by police.

Raymond Harris, the grandfather, said he felt spit in the boy's hair and confronted the firefighter, and two witnesses backed portions of his account.

One patron said he heard Skeen use the racial slur and make a spitting motion, and another man testified that he heard the firefighter make two references to guns -- which Harris perceived as a threat.

Skeen testified at the trial that he called police because he felt threatened by the child's family after he told them the boy did not seem to have been taught manners.

Surveillance video shown in court only showed the movements of Harris and the boy immediately before and after the encounter with Skeen, who denied using the slur and spitting.

Skeen admitted that he told Harris he owned guns, although he said he was not carrying one during the incident, but he called the other allegations against him a "bold-faced lie."

"There was more than one liar in the restaurant," Skeen testified.

Skeen, who has worked for the Kansas City fire department since 2002, has kept his job while the case works through the courts.

Other firefighters testified they had never seen Skeen, who is openly gay, show racial bias toward anyone, and the firefighter told the court that his social media posts show his intolerance toward prejudice.

The child's family and their attorney said they were disappointed with the outcome of the trial.

“We learned that racism is still prevalent, and it’s alive and well in our communities and in our society, and you can be a victim of racism in this country and not receive justice," said attorney Reginald Stockman.