Kimmel rips Trump's withdrawal from Iran deal: 'The one time he should have pulled out, we ended up with Don Jr' 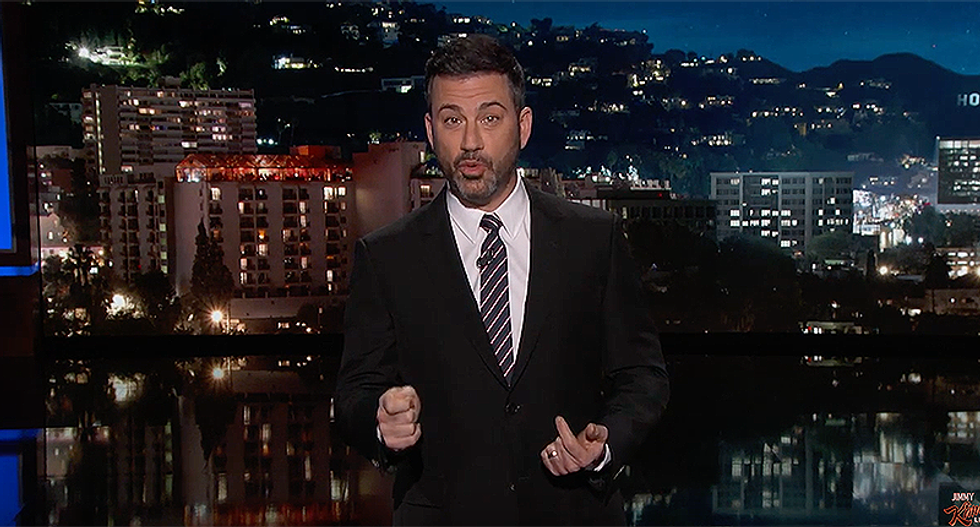 “Jimmy Kimmel Live!” host Jimmy Kimmel on Tuesday ripped Donald Trump’s decisions to withdraw from the Iran nuclear deal, telling his audience the one time the president “should have pulled out, we ended up with Don Jr.”

Kimmel was reacting to Trump’s announcement that he’s following through with a campaign-era pledge against the advice of U.S. allies and members of his own administration. Kimmel noted Trump teased his decision as if it were the next Star Wars installment.

“The one time he should have pulled out, we ended up with Don Jr.—he didn’t!” Kimmel joked, calling the president’s speech Tuesday “nothing short of fascinating.”

Playing a clip from that event, Kimmel said it was like Trump is “learning to read before our very eyes.”

Kimmel also challenged Trump’s assertion that by pulling out of the deal, he’s proving he’s a man of his word. Kimmel said the president always keeps his promises—“just ask any of the women Michael Cohen paid off.”

“I bet anything he hasn’t read one word of the deal,” Kimmel said, warning Iran that Trump “will turn your whole country into a poorly-run casino like that.”