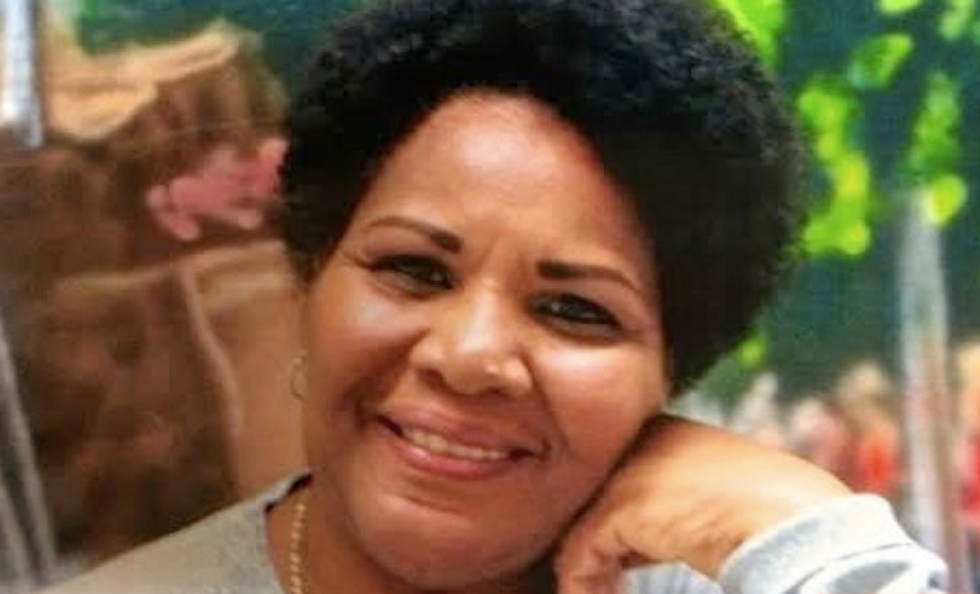 Alice Marie Johnson has spent 21 years in prison for a nonviolent drug crime—her first offense—and she’s serving life without parole. In 2016, the 62-year old grandmother petitioned President Obama to commute her sentence under the administration’s clemency initiative, but her petition was denied.

“Me and my family were devastated when I didn't receive clemency because we fought so hard, but we've had to bandage our wounds and continue to fight,” Johnson writes to Raw Story from the Aliceville Federal Correctional Institution in Alabama. Critics have pointed out that while the former President’s initiative freed a record number of non-violent drug offenders, thousands of others who expected clemency had their hopes dashed and were left to die in prison.

Kim Kardashian heard about Johnson’s case in a Mic video. In 2017, Kardashian put her lawyer, Shawn Holley, on the case. When the Johnson found out she sent Kardashian a thank you note. “Ms. Kardashian you are literally helping to save my life and restore me to my family. I was drowning and you have thrown me a life jacket and given me hope," she wrote.

She’s hardly the only one. Many others are serving long sentences for nonviolent drug crimes, at the federal level, like Johnson, and in states with harsh three strikes laws. Fate Vincent Winslow is serving life without parole for selling $5 worth of weed to an undercover cop in Louisiana.

Kevin Ring, President of Families Against Mandatory Minimums, welcomes Kardashian’s interest in criminal justice reform. “I would love to be cool and skeptical about celebrities getting involved in politics. But this is a human rights issue,” he tells Raw Story. “Anyone willing to use their platform to call attention to something so grotesque...that’s great. I don't have an Instagram following like that!”

Kardashian recently told Mic that she’s working with Jared Kushner to have Johnson freed. “Where I’m at in my life right now, just like, to go and spend my money buying material things just doesn’t satisfy me the way that it used to. If I could put the money for a shopping spree, which sounds ridiculous, to save someone’s life, and do that once a year, then that would make my heart fuller,” Kardashian said.

“It's not some weird pet cause. This is life and death,” Ring says. “A real injustice. Anybody who can bring attention to the fact that we over-sentence is good.”

In the video, Kardashian admits that President Trump is unpopular among people who would usually line up behind criminal justice reform. Her husband Kanye West stirred controversy by his seeming embrace of President Trump—and at the NRA convention in Dallas, Texas, Trump bragged that West’s support has doubled his black Twitter following. But she’s not willing to give up on prisoners like Johnson just because of public antipathy towards the administration. “I’m just focused on criminal justice reform and helping one person at a time,” she told Mic. “And so far, the White House has been really receptive to my calls, and I’m grateful for that. And I’m not going to stop that because people personally don’t like Trump.”

But while the White House may be receptive to Kardashian’s phone calls, there’s no current pending clemency petition for Johnson, according to the Department of Justice Office of Pardons. Traditionally Presidents don’t grant very many commutations until the end of their terms. So far, the President has commuted the sentence of Sholom Rubashkin, kosher meat magnate convicted of 86 counts of financial fraud. He famously pardoned Joe Arpaio and Scooter Libby. Will his mercy extend to an older black prisoner or will Johnson die in prison for a victimless crime?

Johnson was trying to raise 5 kids as a single mother when she lost her job in 1990, according to the ACLU’s “A Living Death” report. She was broke, and became even broker when she lost her job. Several months later she found another job a Kellogg’s factory, but it didn’t pay enough to support her kids. She got mixed up with people involved in the drug trade, passing messages between them and letting them use her phone, but she denies selling drugs.

In 1993 she was arrested and charged with drug trafficking and money-laundering operation. He co-defendants testified against her for reduced sentences and she got life without parole.

Jared Kushner has reportedly spearheaded criminal justice reform in the White House. It’s at odds with the Trump administration’s “law-and-order” message and Attorney General Jeff Sessions’ Department of Justice: Sessions has repeatedly vowed to roll back the minimal criminal justice reforms that occurred under President Obama. Ring, whose staff has met with Kushner, says his commitment to criminal justice reform is genuine and in line with where many other Republicans have moved. “There is a feeling of a tug of war in the administration,” Ring says. “Kushner and Republicans have moved towards reform. Then there’s more of a Sessions block that's opposed.”

Freeing one prisoner after a celebrity has taken interest is not the same thing as systemic reform. Other Trump administration policies, such as harsh crackdowns on immigrant communities, are increasing the number of people who get entangled in the criminal justice system. But keeping cases like Johnson in the spotlight is crucial. “This is how change happens,” Ring says. “It’s someone standing up and saying ‘This isn’t right.”

“I believe that I'm still a good candidate for clemency,” Johnson writes to Raw Story. “One big concern when granting clemency to an individual is always the consideration of whether that person will re-offend.  However, my being a first time nonviolent offender with 21 years of measurable rehabilitation puts me in the category of "low to no" risk of re-offending. I also have a solid plan for re-entry back into society that includes housing and immediate employment that are already secured,” she adds.

She has hope that the President will do the right thing. “I'm praying fervently that he will see that I'm worthy of that second chance, and that he will have mercy on me and my family by granting my clemency.  That would be a dream come true for us!”