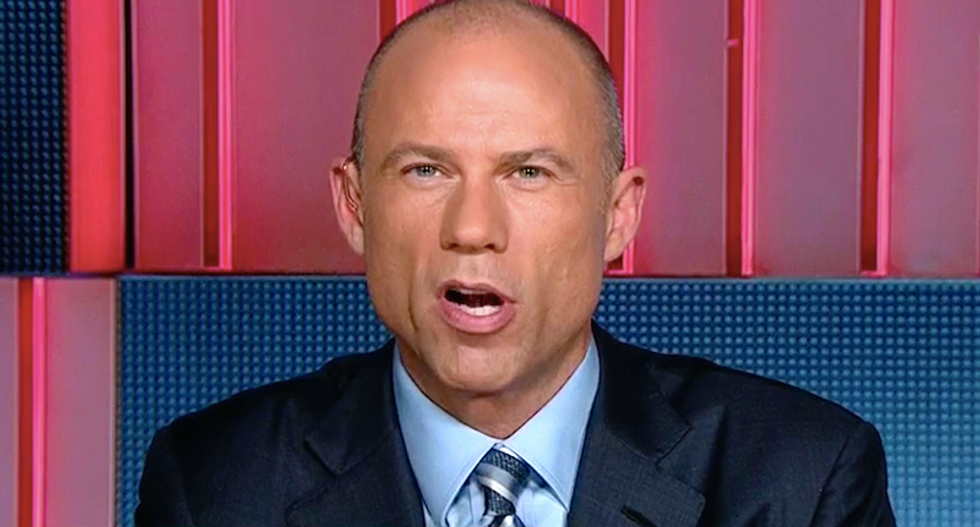 Attorney Michael Avenatti talked smack about Michael Cohen after revealing the president's voice could be heard on recordings seized by the FBI.

"These recordings have a significant bearing on Mr. Cohen's potential criminal liability, as well as the culpability of the president of the United States," Avenatti told CNN's Jake Tapper. "It's not our fault Mr. Cohen was so dense as to record the conversations, many of them illegally, and then retain copies of them. The truth needs to be laid bare."

Avenatti has said the president's voice can be heard on the tapes, and he told Tapper that the recordings prove "inappropriate" behavior, at the very least.

"I know for a fact that one or more of these conversations do describe things that are inappropriate," Avenatti said. "People are allowed to have conversations but not to tape or record those conversations unless they have permission, unless you're in a single party state."

"A number of these recordings were made illegally," he continued. "They should be disclosed now to the American people, and if they're not going to be disclosed, and if (Cohen's attorney Stephen) Ryan is actually claiming that none of the recordings include recordings with the president, he ought to come out publicly and state it."

The attorney declined to offer details on the recordings, but he told Tapper that the public should be able to decide for themselves whether the taped conversations were relevant to the Daniels case.

Avenatti lobbed another insult at Cohen, who prosecutors say shredded some documents that investigators are piecing back together.

"From what I've gathered, Michael Cohen was so cheap he didn't invest in a cross-cut shredder, which would have made it impossible for investigators at Quantico, forensic specialists, to refabricate or reconstitute these documents," Avenatti said. "Evidently he had a different type of shredder. They're in the process of going through it, from what we heard in court today."