Michelle Wolf destroys the NFL for blaming sinking ratings on anthem protests: 'Like making sure JFK was wearing his seatbelt' 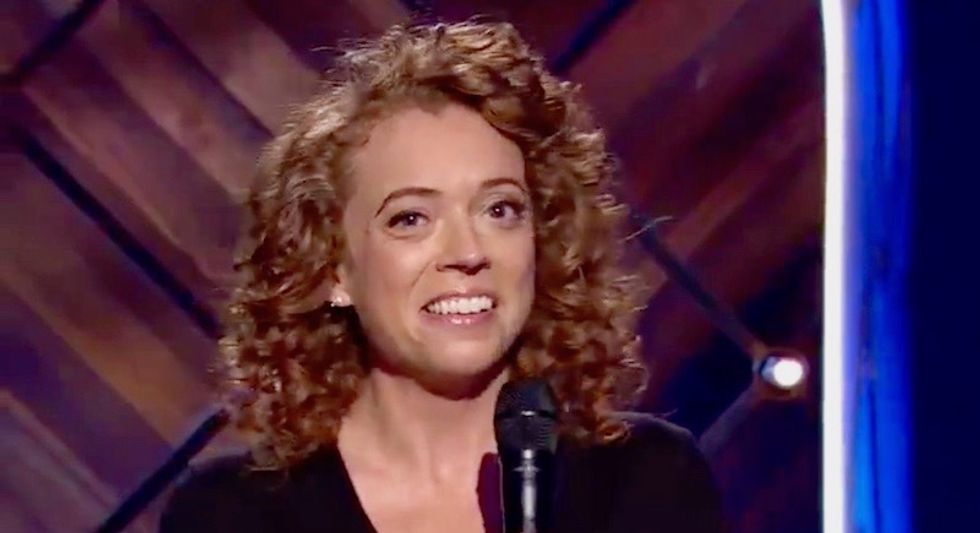 Michelle Wolf delivers a bit about the NFL and Trump/Screenshot

The NFL's ratings were down last year, at the same time Donald Trump urged his hardcore supporters to turn away from the league because black players had kneeled during the national anthem to protest police brutality.

The NFL has now instituted a rule requiring any player on the field for the anthem to stand, which Trump is counting as a win.

Comedian Michelle Wolfe, who gave a breakthrough performance at this year's White House Correspondents Dinner, brushed Trump's bluster aside with a short routine about why the NFL is sinking.

She then went on to diagnose the problem.

"If there is an issue the NFL can address it's: Cool it with the instant replays!" she said. "Just get refs with good eyes who can see things and make good calls, and then once you're positive that those refs have good eyes and can make the right call maybe see if they want to be a police officer. That's how you should become a cop!"

Watch the full bit below.