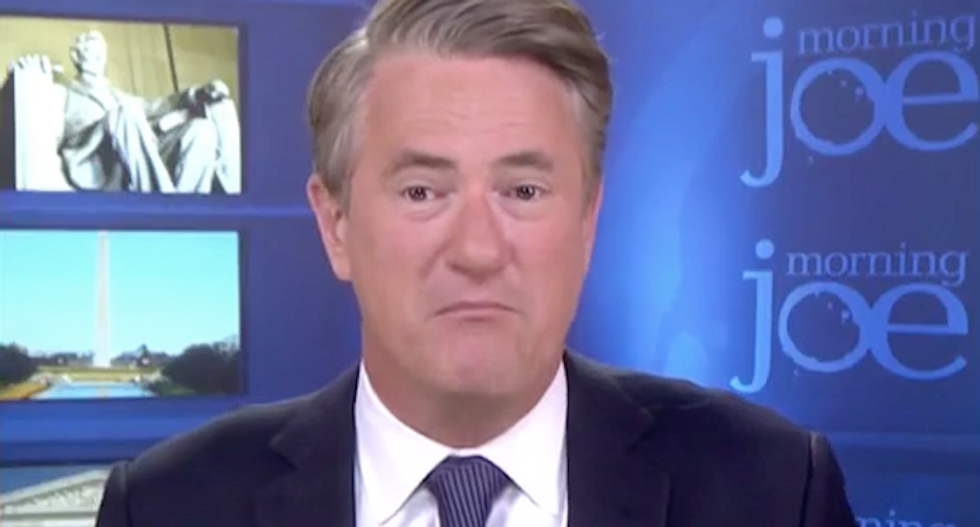 The vice president told MSNBC's Andrea Mitchell that special counsel Robert Mueller should end his yearlong investigation into President Donald Trump and his associates that has resulted in five guilty pleas and 19 indictments.

"I would very respectfully encourage the special counsel and his team to bring their work to completion,” the vice president added.

The "Morning Joe" host said Pence's comments raised serious questions about his own potential legal jeopardy in the probe.

"I think it is a fair time to start asking this question: What did Mike Pence know and when did he know it?" Scarborough said. "Mike Pence is an honorable man, Mike Pence says that Gen. (Michael) Flynn lied to him. Really? Did he? Is this the way Mike Pence wants this investigation to begin and then end prematurely before we get the truth to all the questions?"

Flynn pleaded guilty to lying to FBI agents about his contacts with the Russian ambassador during the transition period that Pence oversaw, and Scarborough said new evidence continues to be revealed in the Mueller probe.

"We're finding out now that Russian oligarchs may have had money funneled to them by Michael Cohen," Scarborough said. "The Southern District of New York is getting deep into this. We're going to find out what Mike Pence knew and when Mike Pence knew it, about for instance that meeting that Don Jr. set up. Did Mike Pence know anything about Donald Trump lying when he brought everybody together talking about the purpose of that meeting?"

Scarborough cast doubt on Pence's continuous claims of ignorance to what appears to be wrongdoing by his running mate and his campaign associates.

"I mean, Mike Pence has been claiming that he was just out in the dark and that he was just this clueless, hapless Indiana hoosier that Donald Trump and the rest of the White House said nothing to," Scarborough said. "But you've just got to start asking yourself, if Mike Pence wants to kill an investigation that is pursuing how the Russians tried to undermine American democracy in 2016, my gosh, makes me sad to say this, Mike, but I guess we have to start asking the question why does Mike Pence want to kill this investigation? What did Mike Pence know about Gen. Flynn? Was he lied to or is Mike Pence the one who has been lying to us all this time?"