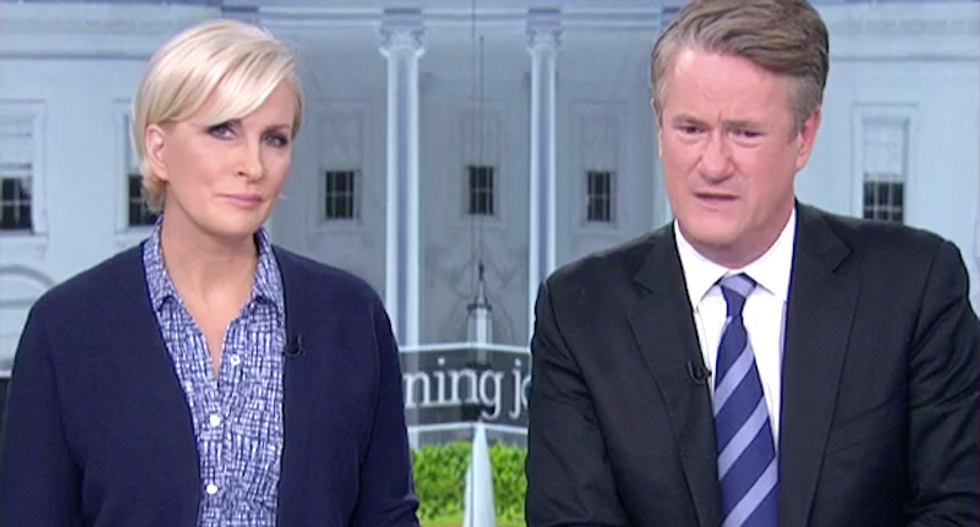 The Chinese government is extending a $500 million loan to help build a Trump-branded golf course and hotels in Indonesia, and the president then agreed to assist ZTE in spite of warnings that its products could be used for cyberespionage in the U.S.

"Even the recklessness, the refusal to be concerned about how bad this looks, puts the Trump administration in a league of their own," said host Joe Scarborough.

Richard Haas, the longtime president of the Council on Foreign Relations, agreed that the possibility of a pay-to-play scheme involving U.S. national security was a serious problem.

"There's a lot of smoke," Haas said. "The fact that we're having this conversation is in and of itself -- it tells you all you need to know, because there's the appearance of conflict of interest, whether it's what we're doing in the Middle East in the case of Qatar funding or not funding Jared (Kushner)'s business empire."

Kushner's father asked Qatar's minister of finance to invest in the family's distressed property at 666 Fifth Avenue but was turned down, and weeks later Saudi Arabia and the United Arab Emirates organized a blockade of the Middle Eastern nation.

The Qatar blockade also baffled foreign policy experts, Scarborough said, because the U.S. has a naval base there.

"The Kushners go over, try to raise money for 666, they don't get the money and suddenly the United States is putting Qatar in the penalty box," he said. "It's certainly -- the appearance, at least, is terrible in these cases and many more."

Washington Post columnist David Ignatius said normal administrations have serious rules in place to guard against the appearance of conflict of interest, because foreign governments always attempt to influence their rivals.

"It's always an effort to use somebody to get special advantage, to have the appearance of inside influence," Ignatius said. "Foreign governments live for moments like this, and smart administrations understand that and want to protect themselves. In the two cases that you're citing with Qatar and the Chinese, I don't need to know whether or not there's been an actual payoff to know that it stinks to have the appearance, and as (Haas) said, to be discussing this. That's the opposite of what governments should do."

Ignatius said the situations would likely interest special counsel Robert Mueller as he investigates the Trump campaign's ties to Russia.

"We now have a special counsel who is conducting the most serious legal investigation to find out whether charges like this have any factual foundation, and I think it's important to distinguish between the appearance issues, which are real and should be dealt with, and the question, was this done for money?" Ignatius said. "We don't know the answer and we shouldn't pretend we do."