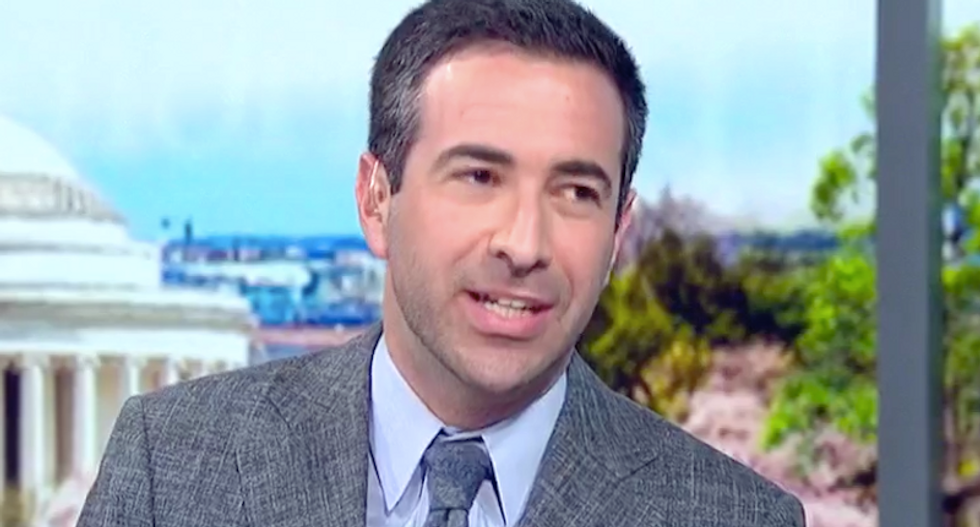 MSNBC's Ari Melber said the attorney for Stormy Daniels had delivered evidence so damning against President Donald Trump's personal attorney that moviegoers would reject it as implausible in a film.

"What I see is something that is so fully bonkers I don't think as a nation that we fully digested it, and we are used to careening from one story to another," Melber told "Morning Joe."

"If this were the last scene in the movie," he continued, "and you had money from a Putin-linked fund with a billionaire that was literally so objectionable that he was sanctioned by Donald Trump's own Treasury Department, which is resistant to sanction Russians for election meddling, and was funneling money into the account to pay off Stormy Daniels, which Michael Cohen lied about and Donald Trump lied about and Michael Cohen's lawyer lied about on NBC, and all of this came together like this and the leak came from documents provided by Michael Avenatti, Stormy Daniels' lawyer, I think you'd just say, 'Well, that's a little much for one final movie scene.'"

NBC News, along with several other media organizations, have independently verified the evidence shown by Avenatti -- and Melber said the findings are almost too explosive to be made up.

"It's a bit much, isn't it?" Melber said. "But it's not -- it's 2018, it's May. We're only a year out from (Robert) Mueller's appointment in the first place. So what I read from it is an incredible amount of incriminating information that raises questions about the criminal liability about Michael Cohen, obviously, but also the people who were knowingly involved with Michael Cohen -- accessories, co-conspirators, etc."

"That is a bombshell wrapped in a set of public lies that I think is still just reverberating," he added.