MSNBC's Donny Deutsch has no doubt Trump pocketed Cohen's pay-to-play cash: 'This is a guy who sold steaks' 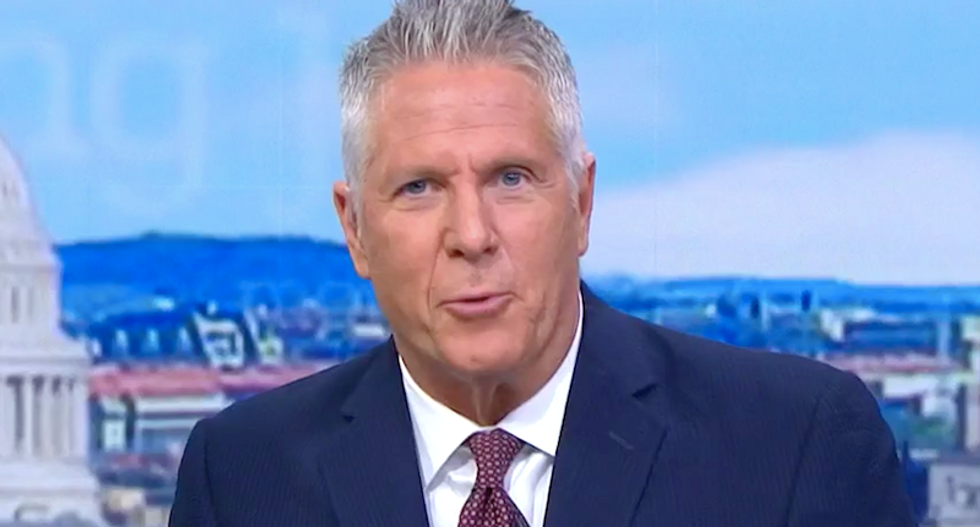 The "Morning Joe" contributor has known both men for years, and he said Trump would never let Cohen keep all of that money if he knew companies were paying his attorney for access to the White House.

Deutsch said no money-making caper was beneath the president, who has been willing to slap his name on any product in hopes of making a buck.

"Once again, this is a guy who sold steaks," Deutsch said. "So I can say that with complete certainty, without knowing exactly what happened, but yes, that would go to Donald Trump."

"Not only that," he added, "Donald Trump would say to him, 'Hey, by the way, here are the Fortune 500 companies -- let's go from 1-500, and I would take it up to a million dollars a pop.' The day Donald Trump got in office, his attitude -- we see his son-in-law's attitude to it (is) not, how can I serve the country, but, wow -- we stormed the gate, this is really, really cool."

Deutsch said he spoke to Cohen on Thursday, and the attorney said companies like AT&T and Novartis paid him for a window into the unpredictable and unconventional president's thinking.

"Michael, first of all, said that basically these companies reached out to him," Deutsch said, "this is according to Michael, and said, 'Look, there's one thing about this guy, this president, and he says that just if you're a company doing' -- this is Michael -- 'if you're a company doing business with him, nobody knows how he's going to react. Nobody understands the mind of Donald Trump. His kids do, and I'm probably next in line,' and he believes that's valuable to companies. That's Michael's point of view."

Deutsch said there's no reason to think Trump wouldn't take some of that money if he knew about the payments, because he said the president is not nearly as wealthy as he claims.

"Whether that money was going to Trump, all I can say is this, and clearly I have no knowledge of that, is that every time I think why would this guy who is worth $1 billion, he says $10 (billion), be getting involved in Trump University to get an extra $100 in his pocket?" Deutsch said. "Could this president possibly say, 'Wow, maybe I can make an extra few hundred grand by getting these' -- you go, 'That's not possible,' but then you go, 'Of course, it's possible.'"

"Clearly none of us know the answer to that," Deutsch added. "Michael, as I said, he, when I spoke to him yesterday, he said, 'I'm still in a fighting mood,' he said Corey Lewandoski got $2 million. Whether or not we think it's sleazy, the big questions are, did any of it go back to Trump? And let us not get head-faked away from Russia, because we'll still always come back to the Russian money. I think it's a bit of a sidebar."