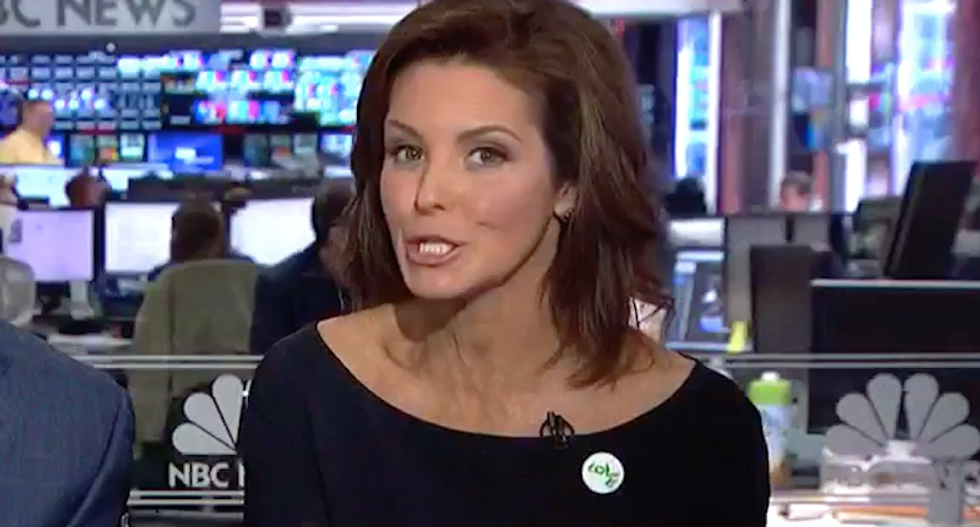 Melania Trump's "Be Best" initiative will address physical and emotional health, responsible social media use and the effects of the opioid crisis on children -- but Ruhle accused the president of hurting children through immigration and domestic policies.

"If you're smuggling a child, chances are we're talking about an infant, a baby -- ripping babies from their mothers who have risked everything in search of a better life," Ruhle began, tearing into announcement by Attorney General Jeff Sessions that children will be separated from their immigrant parents at the border.

"How exactly is that 'being best?'" Ruhle said.

Next she lashed the president for stripping more than $7 billion in previously approved funding for the Children’s Health Insurance Program (CHIP) to appease conservative lawmakers angry at his spending bill.

"The White House says the cut comes from money already expired in the program and money set aside for higher than expected enrollment," Ruhle said.

"About 90 percent of the nation's children use the public school system," Ruhle said. "Lots of kids live in areas where they don't have another school to choose from. Trump's budget eliminates several school programs, including after-school programs and grants that help support and recruit good teachers. That is a best idea indeed."

"Then there's this," she added. "When it comes to some of the nation's most vulnerable kids, the administration is delaying a rule that would require states to report foster care youth who have been victims of sex trafficking. Advocates say they fear it will push foster children into more risky situations."

Ruhle then attacked the Trump administration for cutting grants to Planned Parenthood and teen pregnancy prevention programs, and focusing instead on abstinence-only education.

"Researchers say it's ineffective and unethical, such programs," she said. "Again, I ask how is this be best as in best for children?"

She then took the White House team to task for leaving the first lady exposed to mockery with their sloppy handling of the "Be Best" rollout, which ripped off a cyberbullying pamphlet produced by the Obama administration.

"I agree with all of Melania Trump's sentiments," Ruhle said. "I appreciate what she's saying and what she wants to do. What I don't understand is is her staff, do they understand what the policies are in this administration? Event the thing with the bullying pamphlet. Help her, do right by her. She could say we scoured the agency, we found a program -- this pamphlet, it looks good."

"Instead to say Mrs. Trump and her team wrote this, that's a lie," Ruhle added. "Why do this to her? just like why put her in a situation at the RNC when she's plagiarizing Michelle Obama. You don't need to, she's well-intentioned."