Mueller 'wrapping up' witness testimony and will conclude with Roger Stone: report 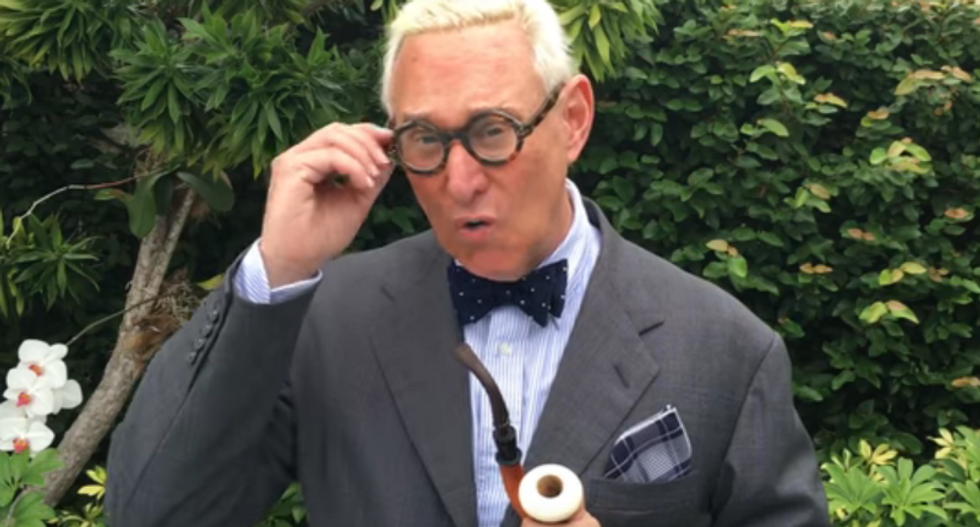 Special Counsel Robert Mueller is reportedly "wrapping up" the witness testimony phase of his investigation.

#BreakingNews -- Sources with knowledge of the Mueller probe say he’s wrapping up his witness testimony and is like… https://t.co/aj8pBrxrhy
— Charles Gasparino (@Charles Gasparino)1525707660.0

"What we're hearing from sources close to the probe is that Mueller is wrapping it up," Gasparino told Fox host Neil Cavuto. "He's wrapping it up with witness testimony. It looks like the last one or among the last testimony -- take [President Donald Trump] out of it because that could get tied up in Supreme Court land and never happen or maybe will happen soon -- is Roger Stone, his former political adviser."

"I spoke with Roger over the weekend, he has told me he has retained counsel," the Fox Business reporter continued. "He has not been called yet. But from what our sources close to the probe are saying is likely to be among the last of the Mohicans here, the last of the witnesses before Mueller at least wraps up the witness side [of the investigation]."

Gasparino called Stone a "friend" and a "decent guy" who has told him that he did not collude with Russians to help the Trump campaign.

"Roger talks a good game, I can tell you that," Gasparino said. "He's a political dirt-digger, right? He's a tough guy. I've never known him to do anything stupid."

It was not clear from Gasparino's reporting if Mueller would try to speak to members of Trump's family like Ivanka Trump or Jared Kushner before concluding the testimony phase of the investigation.

The Wall Street Journal reported on Sunday that Mueller's investigation was expected to "go dark" in coming months in order not to interfere with the 2018 midterm elections.