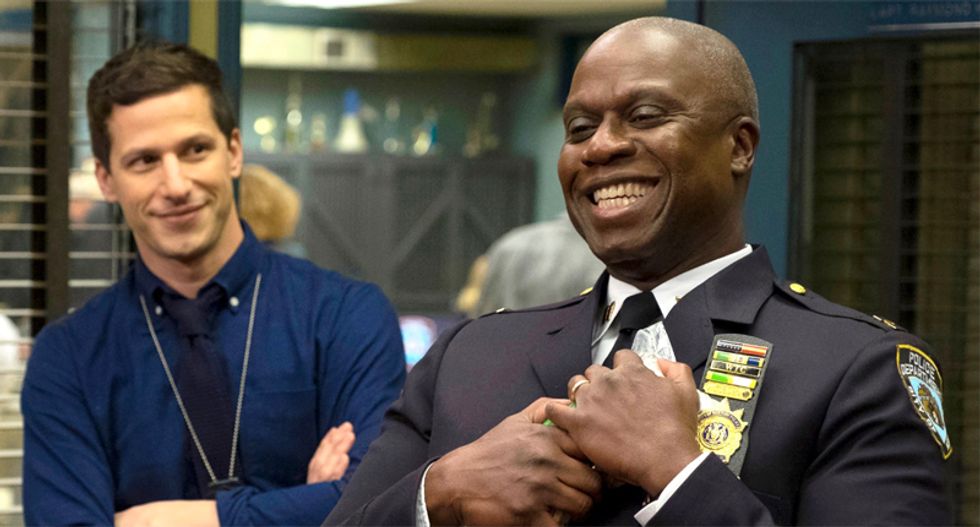 The New York Times is reporting that NBC has stepped in and picked up the popular 'Brooklyn Nine Nine" police comedy that was cancelled this week by Fox.

Late Friday  night the network announced that that it was picking up the series for a sixth season which will encompass  13 episodes.

“We got your SIX! #Brooklyn99 is officially coming to NBC!” the network said early on Saturday.

According to Robert Greenblatt, chairman of NBC Entertainment: “Ever since we sold this show to Fox I’ve regretted letting it get away, and it’s high time it came back to its rightful home.

“Mike Schur, Dan Goor and Andy Samberg grew up on NBC, and we’re all thrilled that one of the smartest, funniest, and best-cast comedies in a long time will take its place in our comedy lineup. I speak for everyone at NBC, here’s to the Nine-Nine!” he added.