One scientist's 30-year quest to get under Mars' skin 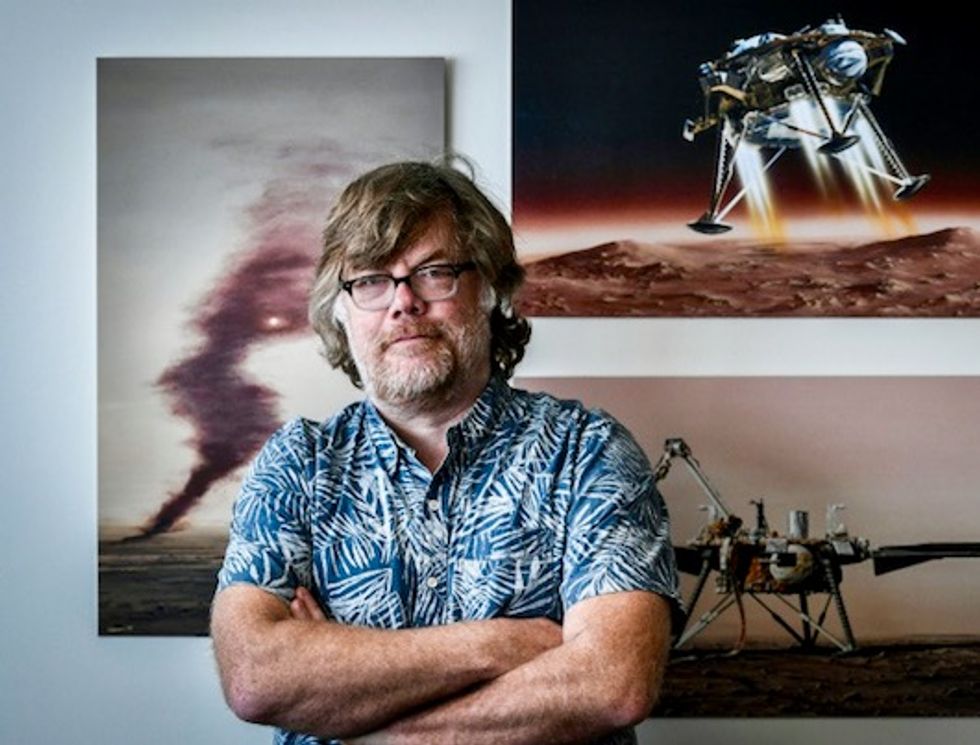 Philippe Lognonne has waited three decades to hear the heartbeat of Mars.

With a little luck and some help from NASA, the instrument he designed to take the Red Planet's pulse will land before the year's end and press a high-tech ear to its dusty surface.

As principal investigator for the Seismic Experiment for Interior Structure (SEIS), a multi-sensor seismometer, Lognonne will have a front-row seat for the scheduled launch on Saturday from Vandenberg Air Force Base in central California of NASA's InSight mission.

But he's keeping the champagne corked: three times in the past, Mars space missions featuring his ultra-sensitive seismometers have faltered, failed or been scrapped.

Lognonne's cherubic features are framed by a mop of shoulder-length auburn hair, a grizzled beard and white sideburns.

He has just turned 55, and has a weakness for Hawaiian shirts.

A researcher at the Institute of Earth Physics in Paris, Lognonne has explored the dynamics of tsunamis and deciphered data from 1970s Apollo missions.

"This planet was habitable four billion years ago, and I want to understand why, bit by bit, it stopped being so," Lognonne said in an interview at the Paris university where he teaches.

Soon after completing his PhD in 1989, the young scientist focused on designing a suite of seismometers -- used on Earth to detect and measure earthquakes -- that could probe deep beneath the Martian surface in search of answers.

His first crack at securing passage to Mars for his instruments came in 1996, when France's National Centre for Space Studies joined a Russian mission that included an orbiter and two landers.

But two small seismometers on board never made it past Earth's atmosphere -- the launch failed, and the mission was aborted.

Lognonne got another shot at his goal seven years later.

Working with US engineer Bruce Banerdt -- who 15 years later would become the scientific director for InSight -- he helped prepare instruments for the European NetLander mission, which sought to set up a network of four small stations on the surface of Mars, including a seismometer. A launch date was set for 2005.

"That was a bit of let-down," Lognonne said flatly.