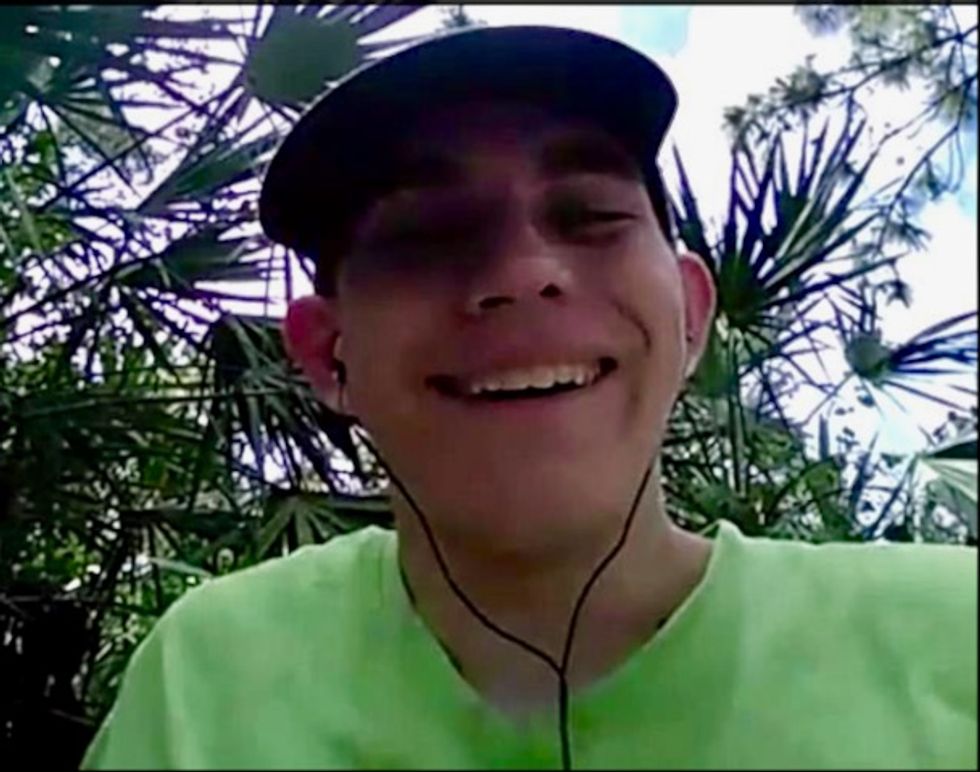 The teen charged with shooting 17 people dead at his former high school in Parkland, Florida, boasted of plans to commit mass murder in a series of cell phone videos recorded by him before the rampage and released on Wednesday by prosecutors.

In one of the three video clips, Nikolas Cruz, 19, calmly declares, “Hello. My name is Nik and I’m going to be the next school shooter of 2018.” He goes on to say: “My goal is to kill at least 20 people with an AR-15,” referring to the assault-style rifle he is seen holding in the footage.

Brandishing the rifle at another point, Cruz says: “You’re all going to die,” adding with a chuckle, “Can’t wait.”

The video clips were part of an inventory of prosecution evidence recently shared with the defense team during the pre-trial discovery process, said Constance Jones-Simmons, a spokeswoman for the Broward County state attorney’s office.

The Miami Herald and other media outlets obtained copies through a public records request after seeing mention of the footage in court documents, she told Reuters.

The three videos, none longer than 90 seconds in duration, are believed to have been made a short time before the shooting rampage on Feb. 14 at Marjory Stoneman Douglas High School, but Jones-Simmons said she did not know precisely when they were recorded.

Cruz, a former Stoneman Douglas student expelled for disciplinary problems, has been described by former classmates as a social misfit and trouble-maker who was fascinated with guns. Police have said they responded to numerous calls related to the teenager in the years leading up to the massacre.

But authorities, who say Cruz confessed to the killings after his arrest, have never offered a possible motive for the bloodshed. Release of the video “selfies,” posted online by the Herald, shed little new light on that question except to suggest Cruz felt he was treated as an outcast.

In one video, Cruz said his former classmates thought he was “an idiot and a dumb ass.” He also professed his love for a girl he mentioned only by first name, and said he hoped to see her in the “afterlife.”

The gun seen in the video is apparently the rifle authorities say Cruz legally purchased from a licensed gun dealer last year and ultimately used as the murder weapon.

He is charged with 17 counts of murder and 17 counts of attempted murder stemming from the Parkland killings, which rank as the second-greatest loss of life from gun violence at a public school in modern U.S. history, after a 2012 shooting rampage at Sandy Hook Elementary School in Newtown, Connecticut, that left 20 first-graders and six adult educators dead.

The Florida shooting triggered an extraordinary protest movement and lobbying campaign for tougher gun control restrictions led by student survivors of the Parkland massacre and parents of the victims.

Cruz, whose own lawyer had called him a “broken human being” who feels remorse for his crimes, is being held in the Broward County jail without bond in Fort Lauderdale, and is on suicide watch, officials said.