'This is part of a pattern': Russian company tied to Trump registering alt-right domain names is troubling say analysts 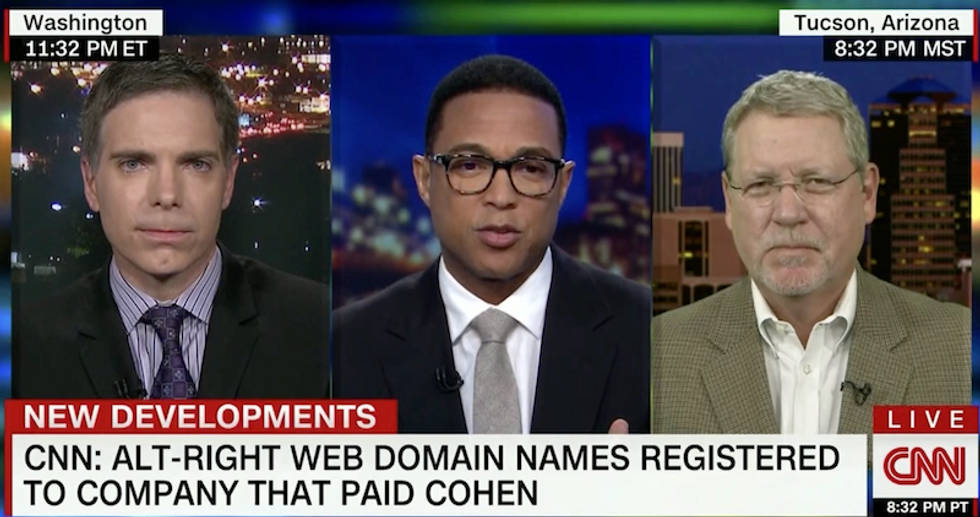 On CNN, analysts Matt Lewis and Steve Hall debated the strength of this connection Thursday night.

"It's interesting that the domains were purchased a couple days after her speech," he said. "There's this maybe naive, but also maybe plausible, theory that this guy is watching TV, he sees Hillary Clinton mention the alt-right and he's a squatter, he's just going to buy domains and try to sell them later. Maybe this alt-right thing becomes a big deal. It's possible, it's plausible."

But in the context of Russia trying to sow discord—well, Lewis said "it's very curious" and "part of a pattern."

Steve Hall pointed out that it's the American tendency to give everyone a fair shake and not assume ill-intent. But, he says, it has the finger prints of Russia's mob-style oligarch system.

"But when you strip all that away, and think about it like the Russians would think about it—first of all, there is a direct line between Vekselberg and Cohen," he said.

Watch the discussion below.