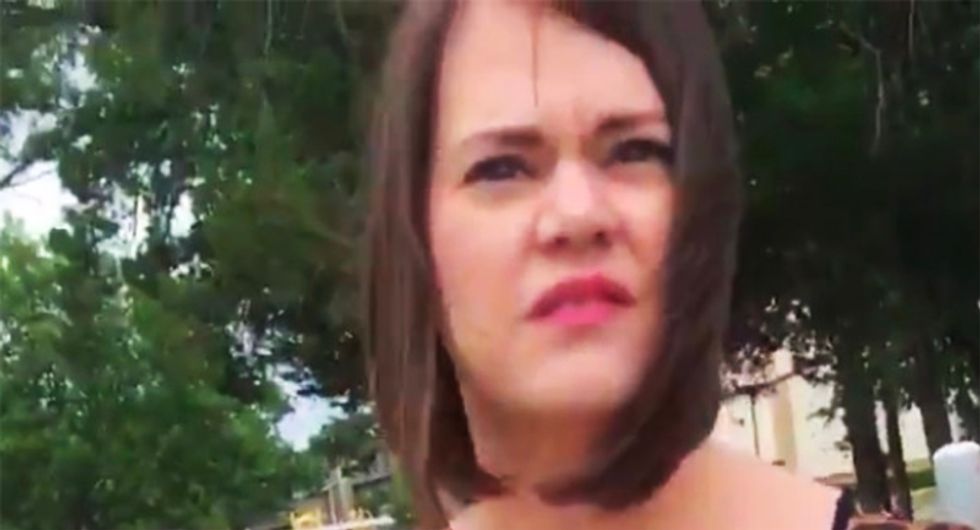 A Texas charter school employee has been fired after school authorities saw video of her threatening to call immigration authorities on another employee of the school, reports WFAA.

The video went viral on Twitter on Tuesday after the daughter of the custodian shared it, writing, "So my mom has been working at a school for months now and she finally found a job she loved. My mom came home crying today because she has to quit her job out of fear that this lady is going to call immigration service on her."

Alerted to the video, the school announced that the woman who confronted the Hispanic employee is no longer working for the school, and her bio has already been scrubbed from the school website.

"We found it as disturbing as anyone else would have," said school spokesman Billy Rudolph. "[The threats] were unjustified, unwarranted, unethical and enough for us to say that is not what we represent here."

Speaking of the woman who was scared off by the now former staffer -- and who was contracted to work at the school by an outside company -- Rudolph said she was welcome to return to the school.

"I've been told by my students and staff that she's well liked and we hope that she does continue to work here," he explained, adding the school was deluged with complaints from parents who heard about the confrontation.

The original tweet with the video was taken down by the daughter who explained: "I’m about to delete the post because justice has been served and I don’t want any further drama and neither does my mom but s/o to twitter y’all are all invited to the carne asada [heart emoji]."

I’m about to delete the post because justice has been served and I don’t want any further drama and neither does my… https://t.co/5xU7BavfUp
— bebesita (@bebesita)1525284564.0

Watch the video below via WFAA: