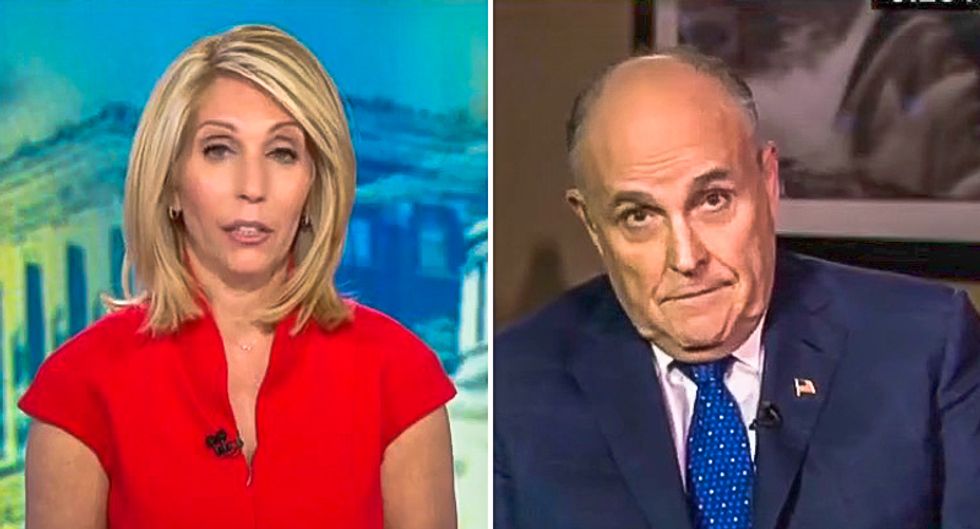 During an interview with Giuliani on CNN, host Dana Bash noted that the former federal prosecutor had "worked closely with intelligence agents throughout your decades in public life."

"You really believe that people like Brennan and Clapper are part of a deep state conspiracy?" Bash asked.

"I don't know what you want to call it," Giuliani replied. "But I have no regard for all for Clapper and Brennan. I think they're two clowns. Clapper is talking about spying, which he doesn't realize it's spying on the Trump campaign. He's [had] an obligation to tell them."

"Brennan was chief torturer in charge," he added. "Then he disowned it, then I don't know what he did for the CIA. He's the most political CIA director I have ever met."

Giuliani continued, muttering under his breath: "Clapper, well, yeah. They're not civil servants as far as I know."

"Really?" Bash countered. "All those decades of service in the military."

"Hey, there are a lot of people with decades of service," Giuliani shrugged. "Some are good, some bad and some men get consumed with power and some begin to lie. And in the case of Brennan, he's a political guy. He was Obama's chief defender. I'm not sure about Clapper. I haven't watch him as well. But watching him, he's sure not impressive."

Clapper, who was in the CNN studio, responded to Giuliani calmly.

"In the space of a week, I've progressed from being the dumbest foreign intelligence officer on the planet -- according to President Trump -- and now a clown," Clapper observed. "It's just more in the narrative here."