Republican Steve Schmidt blasts Trump for boast about TV ratings for hostage release: 'This is not The Apprentice' 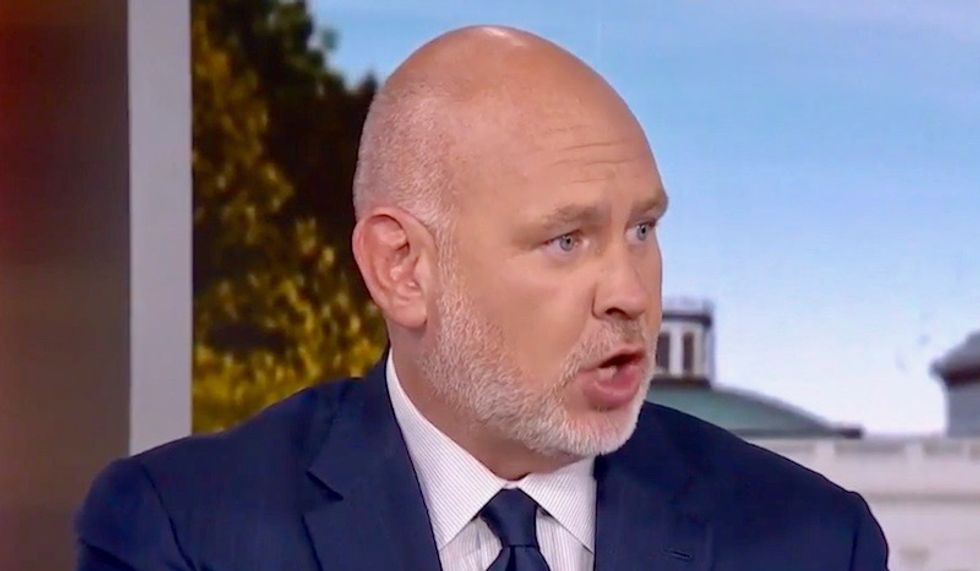 While some Republicans are already declaring "Mission Accomplished" in Donald Trump's coming negotiations with North Korea, people who've been around such situations are urging caution and patience.

One of them is Republican Steve Schmidt, a former spokesman for the Republican National Committee who was also a senior aide to George W. Bush, Arnold Schwarzenegger and John McCain. Schmidt joined fellow ex-Bushie Nicolle Wallace's show on Thursday afternoon, and blasted Trump for bragging.

"He has a complete incapacity for human empathy," Schmidt said. "You have three prisoners of the North Korean slave state, one who had been kept underground or in a cell absent any sunlight who asked to step off the plane in Alaska so he can see the sun—and it's about Donald Trump, it's about the ratings."

Schmidt said Trump is simply unable to appreciate the stakes—which coould include millions of lives.

"It's not a game," Schmidt said. "When he took his oath of office, he swore to preserve, protect and defend the constitution of the United States. He works for the American people. It's a great day because three of our countrymen are back home in this country where they belong, not in the North Korean slave state. But it's not about Donald Trump. It's about those men. It's about their families.... He just doesn't seem capable intellectually or emotionally of understanding any of that."

Schmidt also mocked those who have already suggested Trump could win a Nobel Peace Prize—because this whole thing could still go very badly.

"Nothing has been achieved. It may be geo politically and strategically a mistake to elevate Kim Jong-Un to the world stage as a peer of the President of the United States ending the international isolation... This is deadly serious business, this is not an episode of The Apprentice."