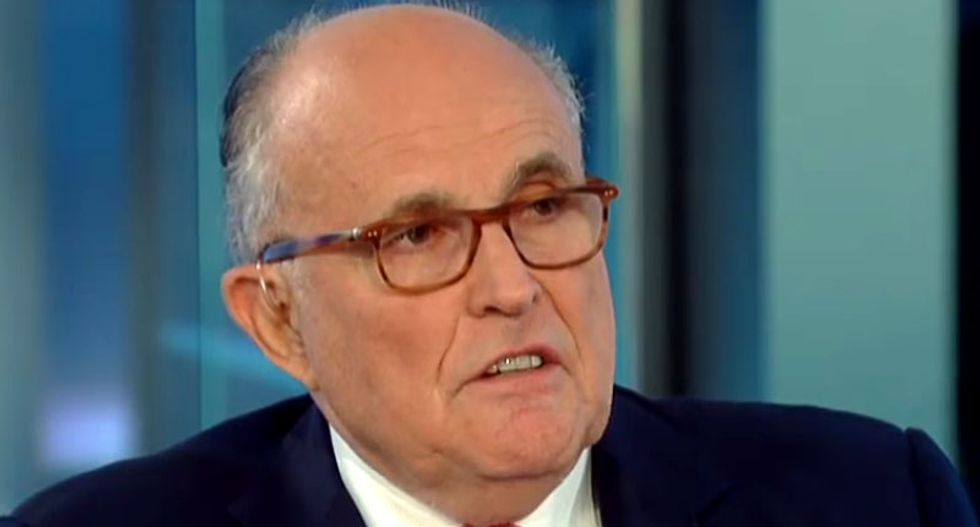 Rudy Giuliani lashed out at Stormy Daniels and her attorney Friday afternoon, suggesting the adult film actress with whom President Donald Trump allegedly had an affair is a prostitute. It's unclear how the President would feel about that characterization.

Giuliani, now the President's personal attorney hired to help defend him in the Mueller investigation, was responding to Michael Avenatti, Daniels' lawyer. Avenatti tweeted earlier this week that he would like to debate the former NYC mayor.

I think it would be very helpful for the public to witness a discussion between Mr. Giuliani and me concerning the… https://t.co/YBbVjpAjK9
— Michael Avenatti (@Michael Avenatti)1525797900.0

In an interview with Business Insider published Friday, Giuliani declined Avenatti's invitation, saying, "I don't get involved with pimps."

And he described Avenatti as an attorney who is "pimping for money."

Giuliani also offered a dig that some on the left might see as a compliment.

"The media loves to give him room because he makes these roundabout charges and they turn out to mean nothing," Giuliani continued, issuing a warning: "I think he's going to get himself in serious trouble."

Avenatti, despite Giuliani's claims, has actually been correct – or not proven wrong yet – on practically every charge he has made so far.