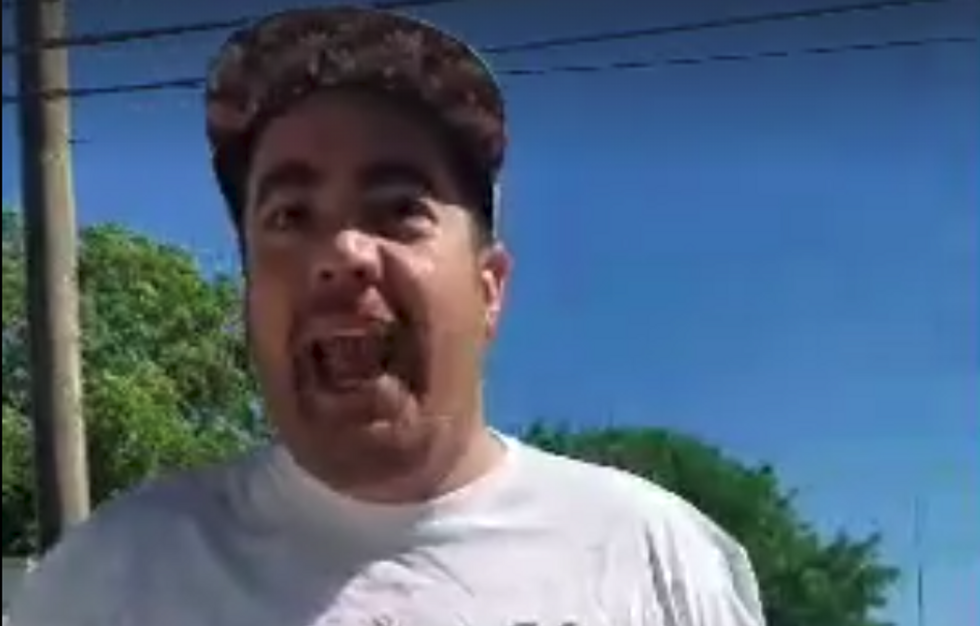 A Marine Corps veteran was caught on camera this week going off on a crazed rant against an elderly immigrant man who happened to be wearing a camouflage shirt.

The video, which was posted on Facebook on Sunday by a user named Van Khon, showed Sacramento veteran Alex Wolpert yelling at an Asian man for wearing a camouflage shirt.

As the woman in the video tried to calm Wolpert down, he only got angrier.

Khon also claimed that Wolpert accused the immigrant man of being a Vietnamese "communist" -- despite the fact, Khon explains, the man actually served on the American side of the Vietnam War as a member of the Laotian military.

In a statement given to local news station Fox 40 Sacramento, Wolpert apologized to the family he berated.

"To the gentlemen I accused and assaulted, words cannot describe the amount of sincerity I have for this situation, you and your family did not deserve this at all," he wrote. "To simply apologize for my actions will never be enough as it was not excusable by any means at all, you deserve respect and appreciation and both of which I did not show you."

Wolpert also tells Fox 40 that he suffers from post-traumatic stress disorder and says that he's checking himself into a rehabilitation center to get help for his condition.