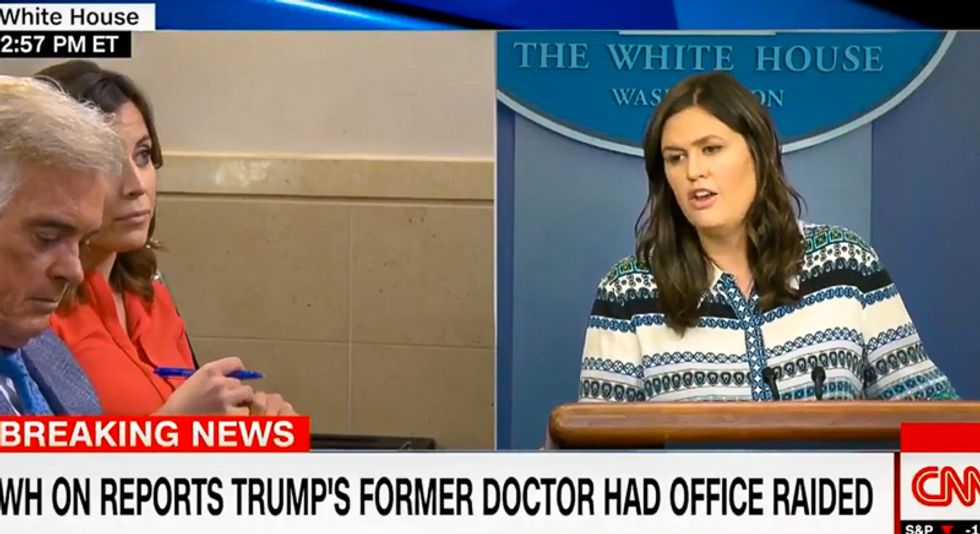 "As is standard operating procedure, the White House medical unit took possession of the president's medical records," Sanders explained, disputing reports that characterized the incident as a "raid."

One reporter noted that some experts had compared the alleged raid to a "burglary."