'It is theft': Mueller's former special assistant says Trump's raid on his ex-doctor looks like 'a burglary' 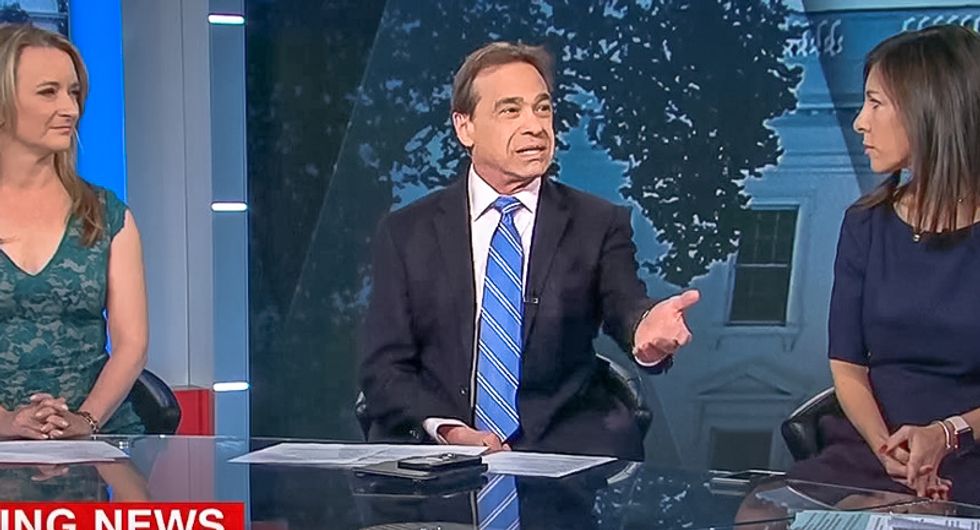 Michael Zeldin, a former special assistant to Robert Mueller, on Tuesday said that a White House official's raid on President Donald Trump's former doctor was "sort of a burglary" because medical records were taken without proper authority.

Dr. Harold Bornstein told MSNBC that then-White House staffer Keith Schiller, the president's former bodyguard, and another man entered his office recently and took all materials regarding Trump without presenting any documents giving them permission to do so.

"It would seem to me that the procedure here is to say, 'I'm changing doctors, I'd like copies off all my medical files so I can port them over to my new doctor," Zeldin explained to CNN's Wolf Blitzer. "He may have, under HIPAA or other things, an obligation to retain those files himself."

"So, in a sense, it's sort of a burglary," he added. "They just sort of took out this stuff without any sort of legal process that authorized them to do that. And it's a little bit frightening."

"I just don't know under what authority a patient has the right to enter a medical office and retrieve folders, even though they're folders of his own medical treatment, that they have the right to just take them without a civil procedure in a court that authorizes that in some way. I don't know for certain, but it strikes me that it is a theft of sort."

Zeldin later noted that he was not accusing anyone of a crime.

"I'm just saying that it has sort of the appearance of an unlawful taking," he stated. "But I'm not accusing anyone of a crime."