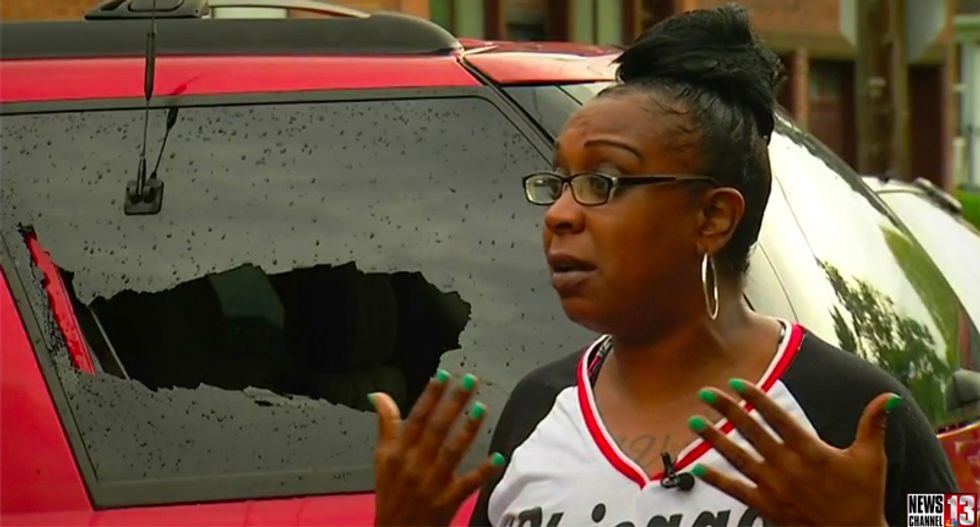 A New York couple have been taken into custody for allegedly driving a black mother and her son off the road, calling them "n*ggers" and then attacking their car with baseball bats, reports the Times-Union.

Phillip O. Quandt Jr., 50, and Kristen P. Wright, 51, were each charged with criminal mischief, reckless endangerment and menacing over the incident that occurred on May 10.

According to WNYT, Natia Shim claims she and her 17-year-old son were on their way to fill out job applications when she claims a green truck with lights on top of it rammed her car up onto the the shoulder of the road.

According to Shim, at least three men and two women climbed out of the truck and began beating the car with baseball bats, smashing a window and destroying her mirrors.

"They're screaming, 'We are the white supremacists,' and n*ggers do not belong in their country," Shim recalled.

According to Shim, seven eyewitnesses have come forward to verify her story of that attack after she called 911.

Speaking with investigators, the arrested couple claimed they chased down the wrong truck and were looking for someone who had reportedly robbed their son of a radio.

You can watch the video below via WNYT: