Steve Schmidt destroys GOP lawmakers for serving Trump over country: 'There is no oath we take to the president' 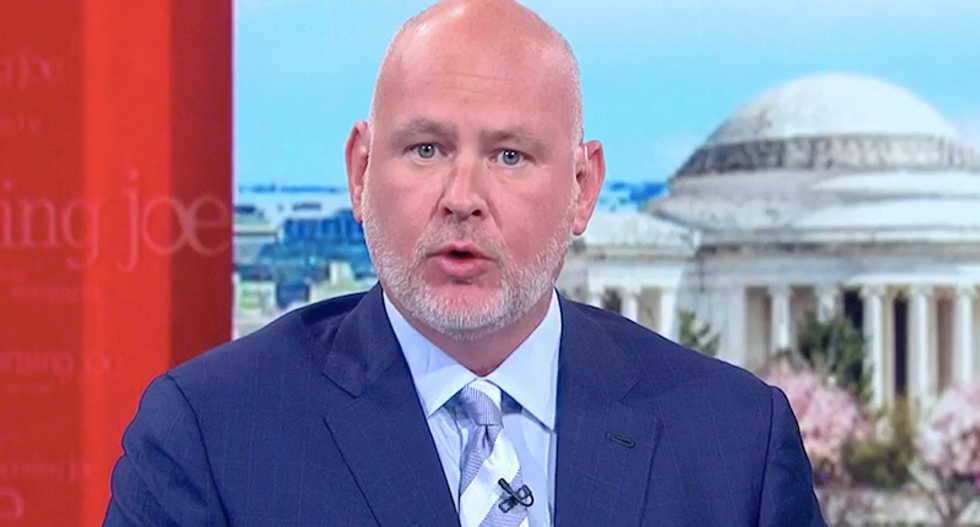 Republican strategist Steve Schmidt hammered GOP senators for their servile behavior to President Donald Trump, who he described as a threat to constitutional democracy.

Schmidt appeared Monday on MSNBC's "Morning Joe," where he condemned Republican lawmakers for violating their oaths of office to pledge their loyalty to the president as the special counsel probe moves closer to the White House.

Schmidt said the Constitution was written to protect the U.S. from autocratic rulers -- but he said the founders never imagined that congressional representatives would abandon their own responsibilities.

"The founders predicted that one day we would have a President Trump," he said. "What they could never have imagined is the weakness, the submissiveness of this class of quislings who hold the title United States senator, who are complicit in the degradation of our institutions, who are complicit in the sundering of the nation. We have never seen such weakness, such submissiveness. None of these people will ever have an oil portrait unless there's extra wall space at the sewage treatment facility on the grounds of the White House."

He called out individual GOP lawmakers, including House Speaker Paul Ryan, for abdicating their constitutional duties to serve Trump.

"We take an oath to the country," he continued, "and every one of these Republican members, they are -- whether it's Gates, whether it's Jordan, Meadows, whether it's Ryan, whether it's Nunes -- all of these people are literally straight out of the script of this season's 'Homeland.' They are the Sen. Paley character. They have no higher fidelity than obeying, obedience, servility to their leader Donald J. Trump, someone sundering the country, someone who is degrading our institutions, a former reality TV host that they swear allegiance to him above the constitution of the United States is a scandal for the ages."