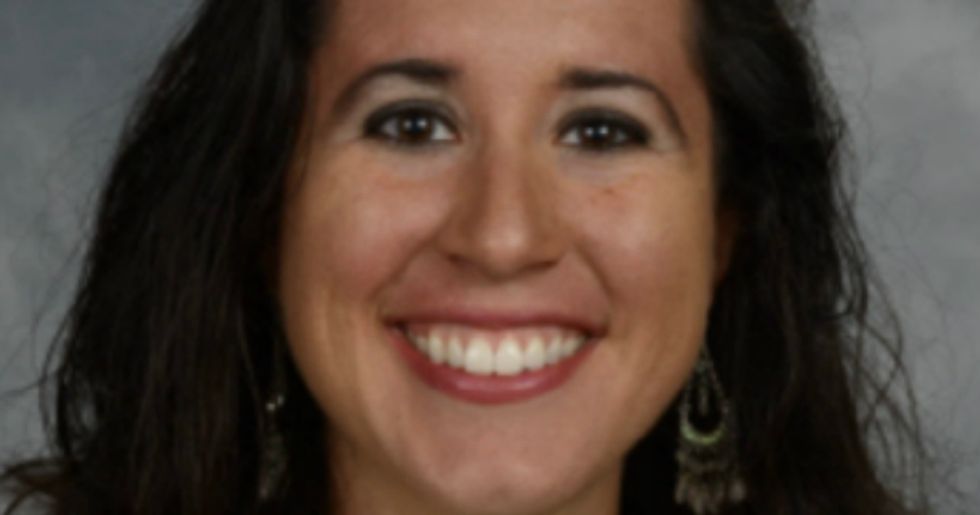 An investigation into the in-classroom political behavior of a white nationalist podcaster-turned-teacher in Florida found that she made alleged racist comments when speaking to students — including a professed belief in the Ku Klux Klan.

HuffPost reported Friday that former Crystal River Middle School teacher Dayanna Voltich — a woman outed by HuffPost in March as a white nationalist podcaster who spoke about discussing her right-wing politics with students — was likely to face discipline from her school district when she resigned last month.

The Citrus County School District had received two complaints about Voltich prior to initial reports on her connection to white nationalism, and during their investigation, the district heard from students who were uncomfortable about racial and political remarks she made to them.

Five of the 16 students administrators interviewed "said Volitich made them uncomfortable when she discussed topics like immigration, segregation, President Donald Trump and the Democrats," HuffPost noted.

"One student, who is biracial, told administrators that Volitich described the Ku Klux Klan as 'a good thing,' called for immigration to be “shut down” and said segregation should be restored in schools," the report continued.

The report noted that in a February 26 podcast, Voltich "said that when parents complained about her inserting her white nationalist opinions into her teaching, she lied to school administrators and said it wasn’t true." Nevertheless, the district's investigation did not find that she encouraged students to lie or not discuss the beliefs she shared with them in her social studies classroom.