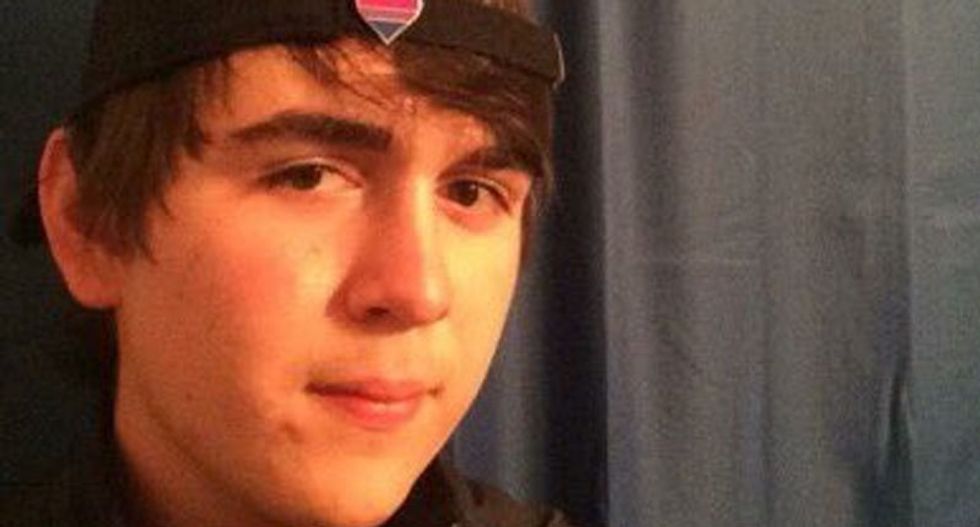 The teenage boy charged with murdering eight students and two teachers during a gun rampage at a Houston-area high school on Friday studied previous mass shootings before carrying out his attack, sources told ABC News.

The accused killer, Dimitrios Pagourtzis, 17, “used aspects of those (attacks) in his own shooting,” a source told the broadcaster, without going into further details.

Classmates at the school in Santa Fe, Texas described Pagourtzis as a quiet loner who played on the football team. The attacker wore a black trench coat to school even in the Texas heat on Friday and opened fire with a .38 caliber pistol and Remington shotgun.

Multiple media accounts say the gunman taunted some of his victims, asking some hiding in a closet if they wanted to answer their ringing cell phones. “You want to get that?” the attacker said, according to The Wall Street Journal.

He spared others saying he wanted his story told. Police also found homemade pipe bombs that did not detonate.

Many of the aspects of the attack mirrored one of the worst school shootings in American history: the massacre at Columbine High School in April, 1999, in which two teenage boys with weapons hidden under trenchcoats killed 12 students and one teacher.

In that mass attack, the teenagers had a shootout with police and ultimately committed suicide.

Pagourtzis did not attempt suicide, but Texas’ governor, Greg Abbott, a Republican, told reporters that the youth wanted to kill himself, citing the suspect’s journals, but lacked the courage to do so.

Columbine touched off a national debate over gun control laws, gun culture, and even violence in video games. That debate still rages after the Sandy Hook Elementary School shooting in Newtown, Connecticut in 2012 where 20 student and six adults were killed. And also in the Parkland, Florida shooting in February where 14 students and three adults were gunned down.

Police said Pagourtzis confessed to Friday’s killings after he was taken into custody, but authorities have offered no motive yet for the massacre, the fourth-deadliest mass shooting at a U.S. public school in modern history.

Pagourtzis’ family said in a statement it was “saddened and dismayed” by the shooting and “as shocked as anyone else” by the events. The family said it was cooperating with authorities.

Sadie Rodriguez, the mother of Santa Fe student Shana Fisher who was killed in the attack, has said in media accounts that her 16-year-old daughter had rejected four months of aggressive advances from Pagourtzis.

Fisher finally stood up to him and embarrassed him in class, her mother told the Los Angeles Times.

In Santa Fe on Sunday, many churches and businesses had signs outside with messages such as “Santa Fe strong” and “Santa Fe ISD we are here for you.”

About 100 people attended an emotional service at the Aldersgate United Methodist Church.

Jared Black, one of the students killed, attended a youth group at the church, and many of its members embraced his mother Pam when the family arrived.

At a mosque in another Houston suburb, mourners crowded around the coffin of 17-year-old Sabika Sheikh, a Pakistani exchange student who died in the rampage.

Writing by Rich McKay in Atlanta; Reporting by Liz Hampton in Santa Fe, Tx; additional reporting by Erwin Seba in Houston and Ian Simpson in Washington; Editing by Andrew Heavens