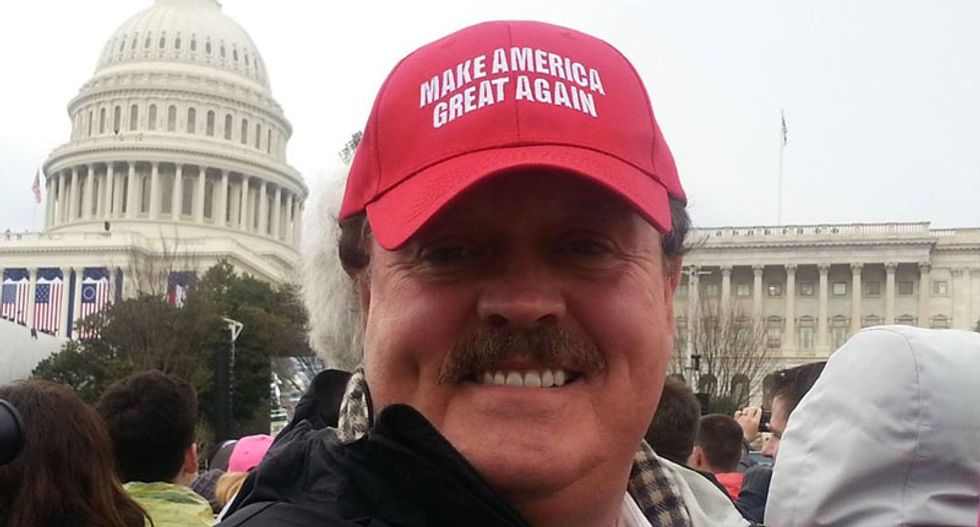 My new book, "Troll Nation," is about how Republicans, having lost the rational argument on everything from the environment to health care to civil rights, have now become a party of bad faith and nihilism. American conservatism is now geared more towards punishing liberals than advancing a vision of its own. If you can't beat 'em, troll 'em, one might say. The hardest part about writing the book was finishing it, because there seems to be a new example every day.

The memorial wars in Tennessee are just the latest example. Most people think of memorials as structures set up to honor a great victory or remember the victims of some historic atrocity. But for Republican politicians in the Volunteer State, it appears their main interest is using memorials for trolling purposes, to taunt women and people of color. It's just another symptom of the hollowness and cruelty that fuels the modern GOP.

Last week, the Republican-controlled Tennessee state Senate passed a bill to erect the "Tennessee Monument to Unborn Children, In Memory of the Victims of Abortion: Babies, Women, and Men” on the capitol grounds, near memorials to victims of slavery and the Holocaust. A similar bill has passed the state house, and it's likely that the state's Republican governor, Bill Haslam, will sign this legislation into law.

“Both of these monuments that are already here recognize that atrocities occurred because human beings were treated as less than human,” Republican state Rep. Bill Dunn said in March. “In both cases, the vulnerable and defenseless were subjected to the will of the powerful.”

Rev. Millie Horning Peters of Concerned Clergy for Choice is among many who disagree. "Slavery and the Holocaust were institutional, organized efforts to abuse and destroy people who are considered different and less than others," she told Salon. "That contrasts with abortion, which is a highly individualized decision by women who have the ability and freedom to determine the course of their own lives."

"It seems like the real purpose [of this bill] is to shame women," the members of the Memphis Feminist Collective said in an email exchange. "It certainly demeans the importance of slavery and the Holocaust."

It's critical to understand that the intended "memorial" does not memorialize any actual people. Babies are not harmed by abortion, because babies only exist after a pregnancy is completed. Men are not victimized by abortion, because men do not have any rights over women's bodies that can be violated. And women are not victims of abortion either, since it's a process they choose for themselves and one that research suggests is generally the right decision for those who make it.

Tennessee Republicans are doing more than insulting women. They're minimizing the seriousness of slavery and the Holocaust by suggesting that the millions of real victims of these atrocities are no more important than the imaginary victims of abortion.

The timing of this memorial to fake victims is noteworthy. This is all happening during an ongoing war over memorials to the Confederacy and the Ku Klux Klan, which Tennessee progressives have been trying to take down and Tennessee Republicans are trying to preserve.

The proposed anti-abortion monument is "definitely punitive," Francie Hunt, the executive director of Tennessee Advocates for Planned Parenthood, told Salon. "It’s meant to punish the folks who have stood on the side of taking down memorials that disrespect people and uphold white supremacy."

In 2016, the Tennessee legislature reacted to increasing pressure to remove memorials celebrating white supremacy by passing a law making it nearly impossible for local governments to take such memorials down. In December, the city of Memphis found a loophole to the law. The city wanted to remove a memorial to KKK Grand Wizard and former Confederate general Nathan Bedford Forrest, which was erected in 1905. By selling the park that contained statue to a nonprofit corporation, the city skirted the restriction and was able to pull the Confederate memorial down.

Tennessee Republicans were livid. In response to this insult to this KKK leader, the state legislature took away $250,000 earmarked for a bicentennial celebration in Memphis, a city where 64 percent of residents are African-American. Now the legislature may approve a memorial that equates the real suffering of millions of people who were enslaved in America with the imaginary pain of victims who never existed.

Hunt of Planned Parenthood said the "victims of abortion" statue was part of a larger trend of increasing vitriol and cruelty from Tennessee Republicans.

“I can tell you, it’s palpable when you go to the legislature. In times past, we didn’t see eye to eye sometimes," she said. “Now it’s like they will look you in the eye and be so disrespectful. There’s a haughtiness and a hatefulness behind the actions."

"I don’t think Tennessee’s unusual when you look at the national state of affairs," she added.

Salon reached out to state Sen. Steve Southerland and state Rep. Jerry Sexton for comment but received no response. These two Republican legislators worked together on a bill in the past to make the Bible the official state book, an effort that failed because it was clearly a violation of the First Amendment.

Despite claiming that abortion victimizes women, Tennessee Republicans have worked hard to increase the number of women in the state who need abortions. In April, Gov. Haslam signed a law cutting Medicaid patients off from Planned Parenthood services, making it harder for low-income women to access the contraception services they need to prevent pregnancy in the first place.

A few weeks before that, Tennessee Republicans killed the Women's Health Equity Bill that would have protected insurance coverage for contraception, even though such a bill would almost certainly reduce the abortion rate. Nor is there much evidence that Tennessee Republicans care about actual babies, as the legislature is trying to attach work requirements to Medicaid, a move experts believe will imperil the health and safety of children by forcing mothers to seek inadequate childcare solutions.

This hypothetical memorial captures the contemporary ethos of the Republican Party, which mostly engages in bad-faith posturing aimed at trolling liberals, and is completely uninterested in offering solutions to real problems. In Tennessee, that spirit may be set in concrete, for future generations to gawk at and wonder how it all went so very wrong.