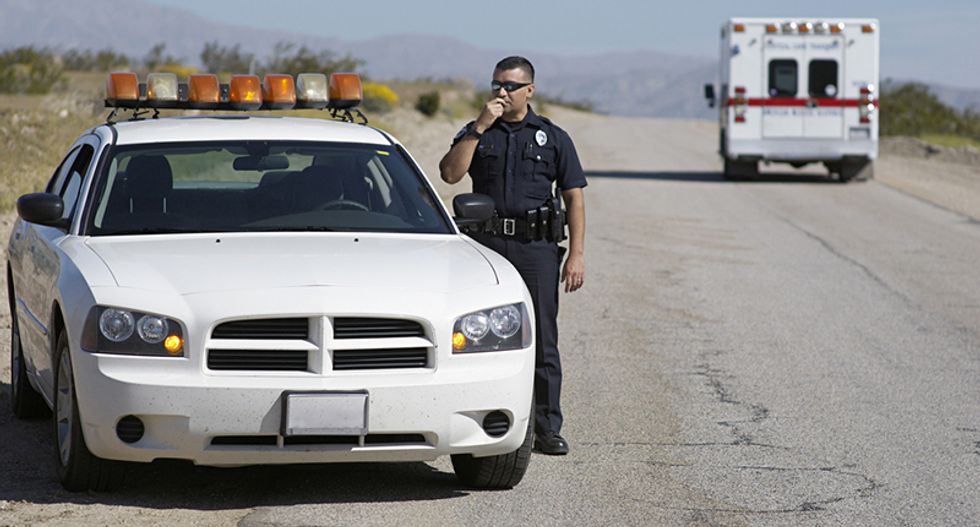 A shooting in Dallas, Texas this weekend turned into a car crash when the alleged shooter fled police.

According to the Dallas Morning News, the shooting happened Sunday evening in the northeast part of the city where a 50-year-old man shot his 30-year-old relative in the face. While no names were released by police, the shooting victim survived the shooting and is said to be in "good condition."

Witnesses pointed officers in the direction of the suspect, who was fleeing the scene. They were easily able to detain the man after he crashed his car.

While the report is short on specifics as to how the car accident happened or what the man crashed into, he was able to be detained as a result.