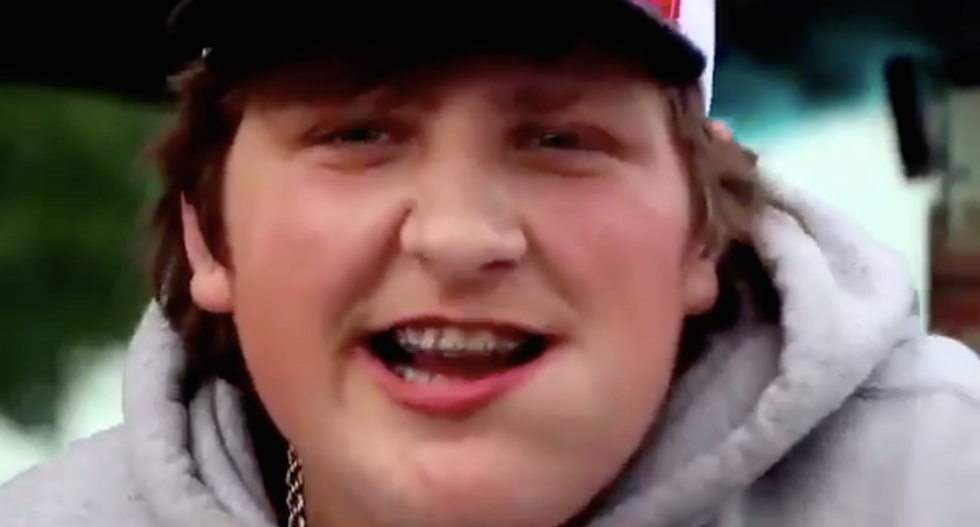 Three Texas students were disciplined over a viral video in which one teen used the N-word 25 times in 10 seconds.

The video clip was posted on Twitter by All Resistance News, which says it obtained the original nine-minute video from another Midlothian High School student who feared for their safety, reported KTVT-TV.

School officials received a complaint about the video Friday and immediately opened an investigation and notified parents.

They wouldn't say what punishment the students received due to privacy laws, the station reported.

Superintendent Lane Ledbetter called the situation “heartbreaking at best," and warned students and school employees that offensive or demeaning language would result in "swift and severe consequences."

One parent said she was surprised to hear the racial slurs being used, and she asked why the school district disciplined the white teens for a video produced outside of school.

“It didn’t happen at school," said parent Molly Carmack. "I mean, just because he attends there, I don’t know how you can hold him accountable for that."

Carmack said the city was a welcoming community, but black residents disagree.

An interracial couple moved their son to another school last year over racist threats, and their property has been targeted with racist notes and vandalism.

“We’re tired of it," the wife said. "No one should target us because of the color of our skin."

Midlothian, city of about 24,000 just south of Dallas, is about 88 percent white and less than 6 percent black.

“It’s very disturbing to me knowing that my kids may have to deal with this as well,” said parent Anthony Grant, who is black and moved his family to the city for its schools. “Makes you second guess, did I make the right decision?”

@Complex Midlothian high school allows kids like these in our school district pic.twitter.com/FZwZyAi7lC