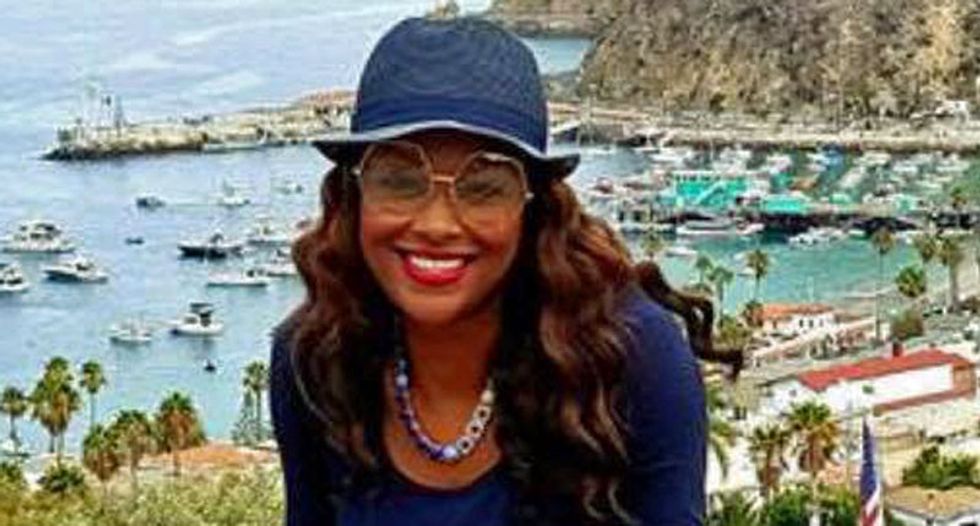 Sherita Dixon-Cole was taken to the hospital after being released from the Ellis County Jail on Sunday.

UPDATE 10 a.m. EDT, 5/23/2018: The attorney who brought this incident to larger attention posted an early morning statement on Wednesday vindicating the officer listed in this story.

Absent further evidence, Merritt says the officer "should be cleared of any wrongdoing."

Here is the full statement:

Here is the video released by the Texas Department of Public Safety:

Sherita Dixon-Cole was pulled over by 'Officer Hubbard' in Waxahachie, Texas on Sunday. He was later identified as Officer Daniel Hubbard of the Texas Department of Public Safety.

Merritt is friends with prominent civil rights activist and columnist for The Intercept, Shaun King.

These facts combined on Sunday evening, creating a viral storm of outrage, with King's tweet on the allegations being retweeted more than 13,000 times as of publication.

Dixon-Cole was reportedly told by Officer Hubbard that "she could earn her way home, if she really wanted to go" as he hiked up her skirt, while she sat handcuffed in the front seat of his cruiser.

This was after she had been pulled over for suspected drunk driving and had passed a breathalyzer test. She was reportedly still detained "because of [her] attitude."

When Dixon-Cole’s fiancé arrived on the scene, Officer Hubbard allegedly warned him not to follow the cruiser to the Ellis County Jail and threatened him with arrest.

“If you tell him what happened he will be armed and his fire arm will be visible when I have to shoot him," Officer Hubbard allegedly threatened.

Her fiancé drove a short distance away. And Officer Hubbard drove behind an abandoned car dealership.

At that point, the trooper allegedly told her, "why don’t you just give me some of that sweet p*ssy you have been given your fiancé and then you can go home.”

The victim allegedly begged the trooper to just take her to jail, even though she had passed the breathalyzer test.

Officer Hubbard then allegedly penetrated her vagina with his hand while warning her “not to be stupid!”

The officer then drove off as he saw her fiancé's car approach -- he had started to look for her when he did not see the cruiser take her towards the jail.

"He continued to pull at her clothes and place his hand down her shirt and up her skirt," as he was successfully able to lose the fiancé's car through back streets.

Dixon-Cole was finally taken to the Ellis County jail and booked for DUI/DWI.

"Just confirmed that Sherita Dixon Cole PASSED her breathalyzer test and was arrested without cause," King tweeted in the evening.

"We demand that the arresting officer in this case have all of his clothes from this shift fully tested for bodily fluids," King wrote. "It is our belief that they held Sherita for nearly 24 hours without cause to attempt to cover up this assault & give them time to get a story together."

Cole was finally released, hours after her bail had been paid.

"Sherita is now in the hospital," King updated. "She reported being sexually assaulted to the county jail and they refused to take her in for medical treatment very early this morning."

The Texas Department of Safety responded to the allegations on their Facebook page.

In a Monday statement, Lee Merritt directly addressed the defense raised by the department.

"The Department of Public Safety's statement that they have reviewed dash cam video and hope to release the same is significantly lacking concerning the necessary steps in a proper investigation," Merritt argued. "Ms. Dixon-Cole has alleged that certain steps were taken to obscure video evidence and to avoid dash cam recordings."

"There exists significant evidence to substantiate this assault included the consistent and detailed testimony of a credible victim; the corroborating testimony of an additional witness; and other evidence in the form of timelines and routes taken by the police vehicle," he continued.

"A more thorough investigation would likely yield additional physical evidence within the cruiser and on the uniform of Officer Hubbard," Merritt added.

The civil rights attorney worried that, "it is this culture of hostility and skepticism that discourages victims to come forward."