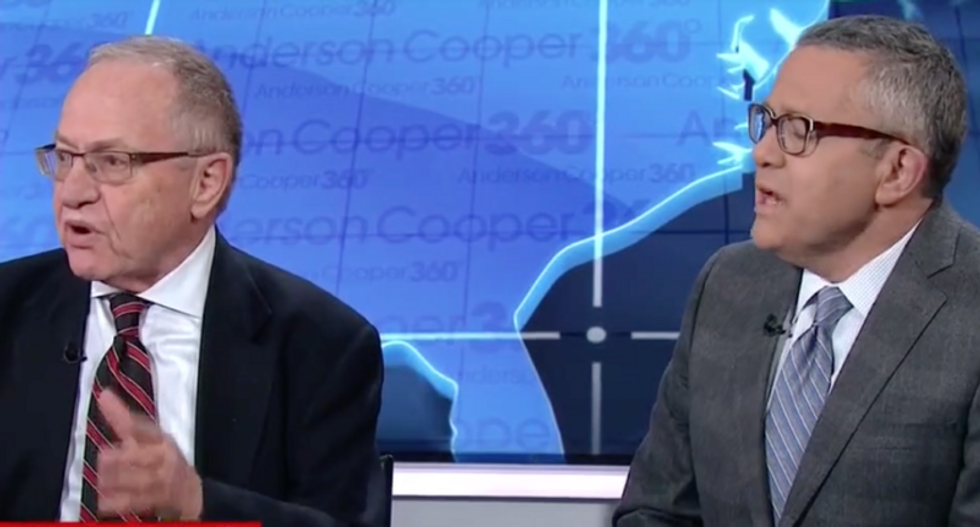 Lawyers Jeffery Toobin and Alan Dershowitz did not see eye to eye in an interview with CNN's Anderson Cooper.

When asked if collusion took place in the Muller investigation Toobin said that collusion absolutely took place without hesitation.

"It is not just blatantly false about the questions because as you have pointed out several times, there are many questions on the Mueller list that deal with collusion. But the fact that the president keeps saying over and over again, there was no collusion, there was no collusion, that has not been established and in fact there is lots of evidence that collusion did take place," he said.

He also went on to say that of course Trump is lying because, "People who are compulsive liars, they lie, and there doesn't have to be an underlying crime."

Dershowitz pointed out that lying alone is not necessarily a crime.

"The key is to distinguish between illegal aspects of collusion and unlawful. Meeting someone to get dirt is a terrible thing thing, but not unlawful," he said.

Watch their full debate below.