Trump aide with straight face denies 'credibility crisis' at White House: 'The president has never lied to me' 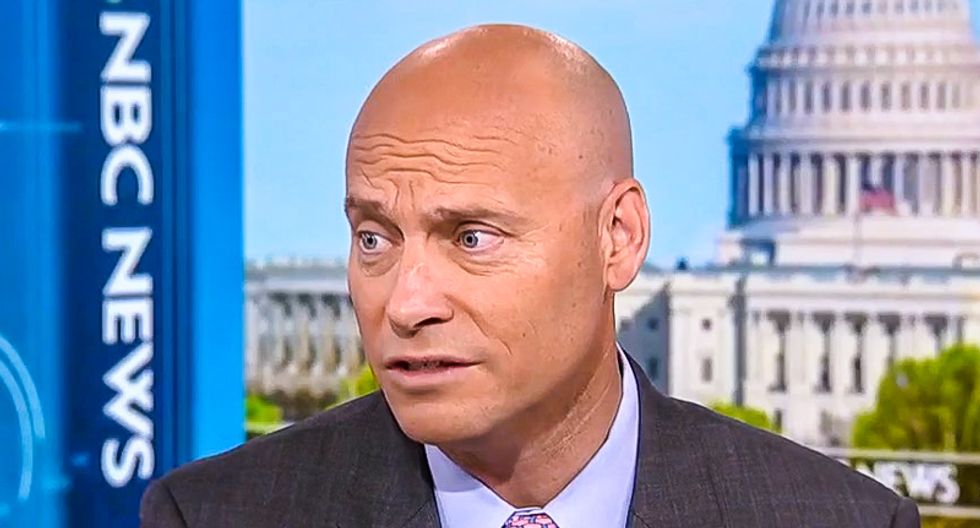 White House Legislative Affairs Director Marc Short on Monday argued that the White House is not facing a "credibility crisis" after Trump attorney Rudy Giuliani suggested that President Donald Trump lied when he claimed that he was not aware of a payoff to adult film star Stormy Daniels.

During an interview on MSNBC, host Hallie Jackson noted that Giuliani had caused problems for the White House communications team, which has repeatedly backed up Trump's claim that he did not know about the payment to Daniels.

"I think Rudy is doing a good job," Short insisted. "I think Rudy is somebody who is not only known as America's mayor, but also served in the Department of Justice previously. He has enough experience."

Jackson pointed out that legal experts have said that Giuliani "opened the president up to legal problems."

"I don't think the president has ever lied to me," Short answered.

"Do you trust him?" Jackson pressed.

"So you don't think there is an kind of credibility crisis happening with inside the West Wing?" Jackson wondered.