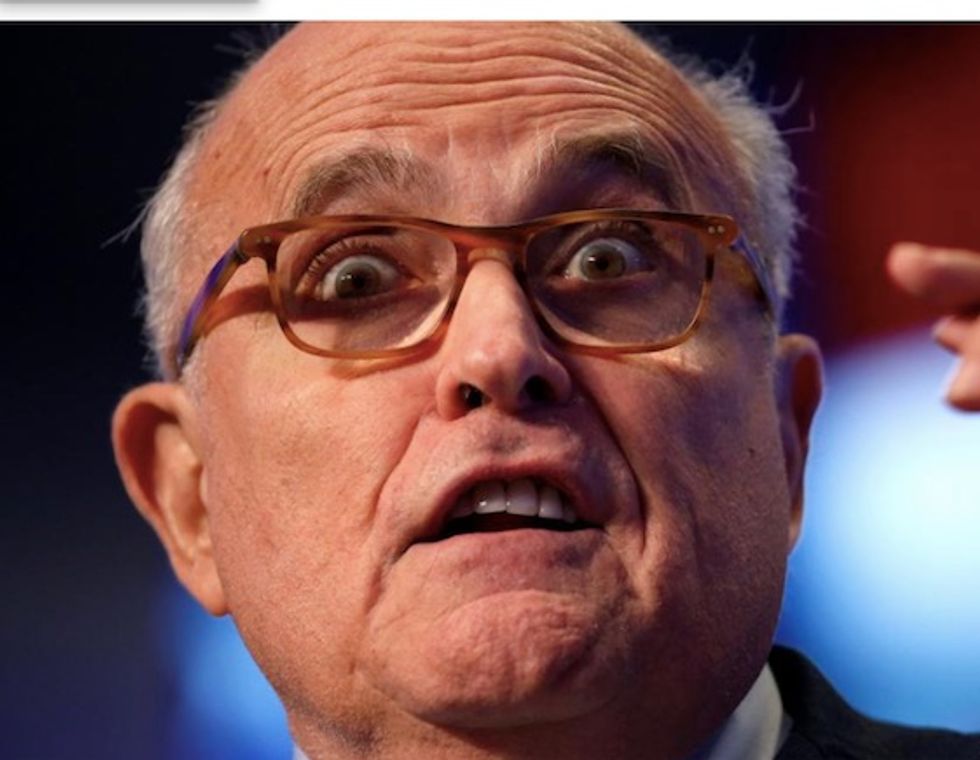 Giuliani told ABC’s “This Week” that he had no knowledge of whether former Trump attorney Michael Cohen had made other payments, but he said: “I would think if it was necessary, yes. He (Cohen) made payments for the president or he’s conducted business for the president.”

Giuliani called the $130,000 Cohen paid to Daniels in 2016 a “nuisance payment.” Daniels alleges that she had a sexual encounter with Trump in 2006. Trump has denied Daniels’ allegations.

Cohen, Trump’s longtime personal lawyer, faces a criminal investigation in part over the payment to Daniels, whose real name is Stephanie Clifford.

Daniels’ lawyer, Michael Avenatti, accused Trump of having an “extramarital affair slush fund” and told ABC he believed similar payments had been made to other women.

Disclosure of additional payments could complicate matters for Trump, who initially denied knowledge that money was paid to Daniels.

Giuliani said on Friday that Cohen’s payment to Daniels — one month before the November 2016 presidential election — did not violate campaign laws and would have been made even if Trump had not been running.

During a Fox News interview earlier in the week, Giuliani did link the payment to the presidential campaign and acknowledged for the first time that Trump had been aware of the payment. He told the New York Times later that Trump reimbursed Cohen a total of $460,000 or $470,000 after the campaign was over, which he said included “incidental expenses.”

Cohen is no longer Trump’s attorney, Giuliani said. “It would be a conflict right now for him to be the president’s attorney,” he told ABC.

Avenatti has said his team has been approached by multiple other women about Trump and he believed evidence would emerge of similar payments.

“The president had effectively an extramarital affair slush fund that was administered by Michael Cohen and that he would just be expected to take care of these things,” he said on ABC.

“They were a regular occurrence. I mean, that in and of itself should be very disturbing.”

Senior White House adviser Kellyanne Conway said she was not aware of any other possible payoffs. “They didn’t cross my desk as campaign manager,” she told CNN’s “State of the Union.”

Norman Eisen, ethics chief under Trump predecessor Democrat Barack Obama, said any such payments would have constituted campaign contributions if they were intended to influence the election, even if they were also made with the “partial motive of protecting the Trump family from embarrassment.”

If Trump intended to reimburse Cohen for such payments, they should have been reported by the president on a 2017 financial disclosure form that required him to state his financial liabilities, Eisen said. The omission of those debts could have violated a federal law that prohibits willfully making false statements to the U.S. government, he told Reuters.

Giuliani said that any payments made by Cohen would not have violated federal election law because they would have been made to protect Trump’s family or for other personal reasons unrelated to the campaign.

But some legal experts said the timing of additional payments could undercut that argument by showing a pattern of behavior.

“If he had a practice of doing this during the campaign — and Cohen was hired to deal with it — it’s harder to argue that this had nothing to do with the election,” said Jens David Ohlin, a professor at Cornell Law School.

Ohlin said, however, that it was not clear that Trump’s retainer agreement with Cohen created a financial obligation that should have been disclosed.

“I’m not sure this qualifies as a loan repayment,” he said.

Ohlin also said an omission on a disclosure form would typically result in a civil penalty rather than a criminal prosecution for violating the law against making false statements to the government.