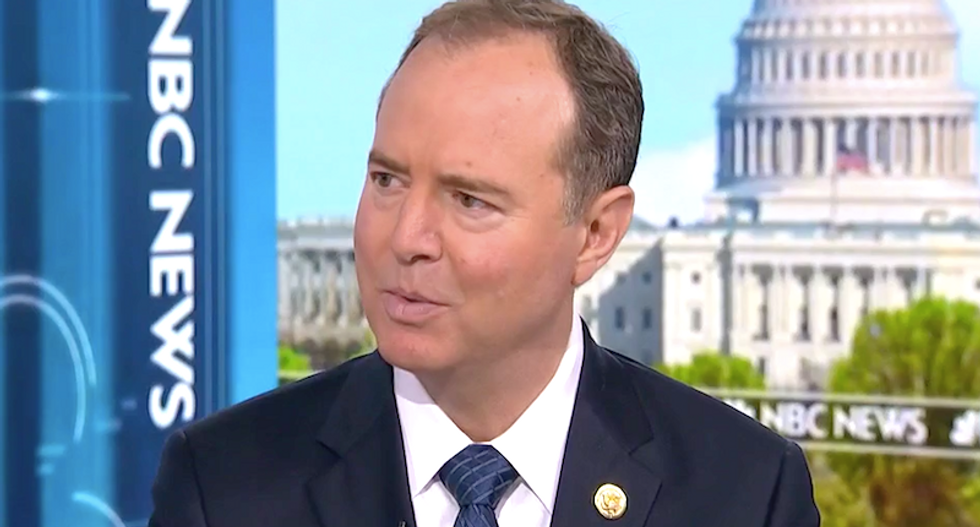 The ranking Democrat on the House Intelligence Committee appeared Monday on MSNBC's "Andrea Mitchell Reports," where he said the president's tweets betray his anxiety as reporters untangle his family's overseas business dealings.

"I think the Mueller probe needs to look at the issue of certainly vis-a-vis the Russia investigation, is there other evidence that this was the M.O. of the Trump family?" Schiff said. "That is, trading foreign policy decisions for money, for business investment. But beyond Mueller, the Justice Department, whether it's Bob Mueller or not, the Justice Department needs to be looking at any credible allegation that the first family is selling the policy of the United States to make a buck."

The president praised House Intelligence Committee chairman Devin Nunes as "courageous" during the swearing in of new CIA director Gina Haspel, but Schiff disagreed with the assessment of the California Republican he has tangled with during their own Russia probe.

"That's not the description I would use," Schiff said. "In the times in the past where Congress has tried to break down the independence of the Justice Department or interfere with an investigation, you had the president doing the blocking and the tackling and making sure the president protected the department. Here you have the president battering down the independence of the Justice Department, and you have willing allies like Devin Nunes and (Trey) Gowdy and (Jim) Jordan -- who are too happy to help."