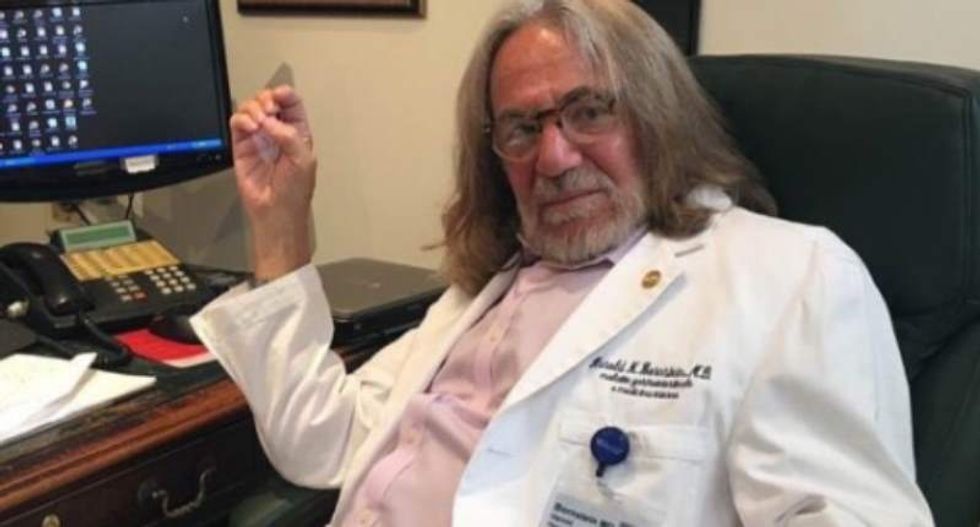 Talking with NBC News, Bornstein says that Schiller came into his office and seized all Trump-related medical records.

Although Schiller never explained why he was taking the records, Bornstein notes that the raid occurred just two days after he told a newspaper that he had prescribed hair growth medication for the president.

"They must have been here for 25 or 30 minutes," Bornstein tells NBC News. "It created a lot of chaos."

Bornstein also tells NBC that the raid on his office left him feeling "raped, frightened and sad."

At the time of the raid, Schiller was actually a White House employee who was serving as the director of Oval Office operations.

NBC News also notes that the raid on Bornstein's office might have violated privacy protections that are part of the Health Insurance Portability and Accountability Act (HIPAA) of 1996.

"Bornstein said he was not given a form authorizing the release of the records and signed by the president -- known as a HIPAA release -- which is a violation of patient privacy law," reports NBC News. "A person familiar with the matter said there was a letter to Bornstein from then-White House doctor Ronny Jackson, but didn't know if there was a release form attached."