US proposes end of grizzly-baiting ban in Alaska's national preserves 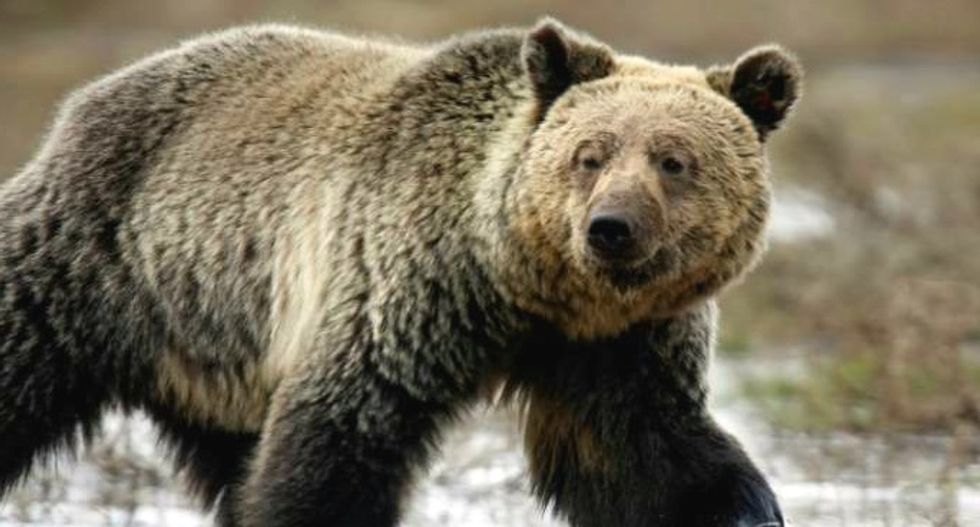 The Trump administration has proposed rescinding Obama-era rules barring sport hunters from using bait to lure and kill grizzly bears in Alaska’s national preserves, as is allowed in other parts of the state, the National Park Service said on Monday.

The plan, pushed by Interior Secretary Ryan Zinke and assailed by environmentalists as inhumane, would give state wildlife managers the discretion to decide what kinds of bear-hunting methods are permitted across 20 million acres (8 million hectares) of national preserve lands in Alaska.

Alaska in 2005 began allowing grizzly-baiting for the first time since statehood as part of a predator-control program to boost populations of big-game animals popular with hunters such as moose in the state’s vast interior.

The practice of using anything from stale doughnuts and lard to honey-drenched dog food to attract grizzlies into the open for hunters to more easily shoot them was banned in Alaska’s preserves in 2015 by the Park Service under then-President Barack Obama.

The agency determined then that bear-baiting was biologically unsound, potentially unsafe and “inconsistent with federal law authorizing sport hunting in national preserves in Alaska.”

The 2015 rule also prohibited sport hunters, for similar reasons, from using artificial lighting to enter black bear dens as a way of surprising adult animals and their cubs inside, and barred the trapping of gray wolves during their denning season.

The Zinke proposal would likewise lift those restrictions to allow the state Department of Fish and Game to set hunting and trapping rules as its deems appropriate within national preserves, according to Park Service spokesman Peter Christian.

Grizzly bears are believed to number about 30,000 throughout Alaska, while an estimated 100,000 black bears roam the state, according to Fish and Game data.

Alaska officials have said that increased killing of predators such as grizzlies was necessary to increase opportunities for successful hunting of moose and other game creatures favored by sportsmen.

Environmental groups denounced the proposal as unethical and cruel, and said the hunting and trapping practices at issue are also disruptive to the natural predator-prey dynamic.

“The Department of Interior under Secretary Zinke is enabling Alaska’s war on bears and wolves in national preserves,” said Jim Adams of the National Parks Conservation Association.

“This was a case of the federal government overstepping and trying to usurp the state’s authority to manage its wildlife,” Stacey said.

The proposed rule change, to be published in the Federal Register on Tuesday, marks the latest Obama-era environmental regulation that the Republican administration of his successor, President Donald Trump, had sought to roll back since taking office in January 2017.